Apple: Adding Windows support on Apple M1 Macs is up to Microsoft

Apple: Adding Windows Support On Apple M1 Macs Is Up To Microsoft

A number of Apple executives stated in an interview with Ars Technica that Microsoft itself can choose to support Windows on Mac devices based on the new M1 chip.

This chip performs very well to say the least, and Intel-based Macs should fail in virtually any case. Apple also appears to have a major advantage in terms of efficiency. Microsoft does not appear to support the M1 yet, presumably because Apple has kept the properties of the chip strictly secret. Microsoft will never have had the chance to optimize for it before. In the interview says Apple’s senior vice president from Software Engineering, Craig Federighi, that “it’s up to Microsoft” to get its software working on the M1. This means that Apple does not want to keep the chip (s) ‘macOS-only’.

Currently, Apple also has Windows installed on its Intel CPUs-based Macs through a tool called Boot Camp. It makes sense for Apple to tolerate Microsoft’s products on its devices and for Microsoft to tolerate its software being installed on Macs, so that both companies can guarantee the sale of their products and greater market share. Yet it is striking that Apple allows this, since the company usually has a lot of influence on what is and what is not possible on its software. Certain software may be practically banned, especially with your own processors. 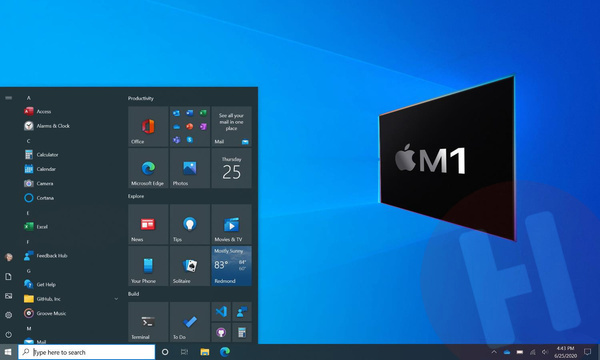 Federighi says the option to add support for Windows on Arm exists, although Microsoft would require a license to do so. The CEO also explains that a cloud version of Windows is a possible solution to (easily) get Windows working on M1 Macs. In addition, Apple already has the CrossOver application, which also makes it possible to get Windows software (x86) working on Macs. It also appears to work on Macs with the M1. Still, this means that, if Windows runs well on Apple’s own arm chips, the competition (AMD, Intel and presumably Qualcomm) will have to push hard to ensure comparable performance.

Fortnite: how to get 80 V-Buck for free on November 22nd in Tavolaccia

From the community: Nvidia GeForce RTX 3070 FE & Custom Design in the reader test

Neil Druckmann voiced a character in The Last of Us Part II, but didn’t tell anyone about it