ASRock X570 Taichi gets support for DRAM at 1.8 volts – if you dare

Asrock X570 Taichi Gets Support For Dram At 1.8 Volts – If You Dare

ASRock appears to have implemented a bios update for the X570 Taichi, the top model of its X570 series. Although it is still a beta function, it has been developed to enable a special feature: DDR4 at a voltage of 1.8 volts.

We’ve never seen a motherboard manufacturer provide such high voltage support on a motherboard, and for a reason. Namely, the standard voltage for DDR4 memory is 1.2 volts, and most enthusiast memory modules run at 1.35 volts. Of course, higher speeds are also possible. 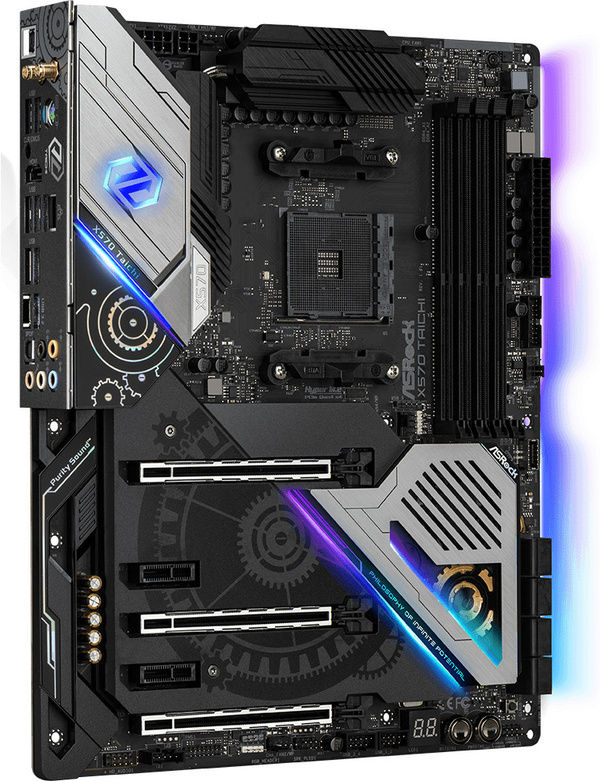 Some kits from G.Skill (like this Trident Z kit with ddr4-4000 memory) run on a further increased voltage of 1.5 volts. Adata appears to go even further with the Spectrix D50 Xtreme, modules in this series appear to be able to run on DDR4-5000 and even clock up to DDR5-5300 with an overclock. On DDR4-5000 they use 1.6 volts.

However, no module has required 1.8 volts, which leads us to believe that it will only be used for extreme overclocking performance. It is even possible that the ram modules will need active cooling to keep the chips cool, something that is practically never necessary in the presence of a regular heatspreader. In any case, the software can be downloaded from ASRock’s product page of the X570 Taichi, and it is likely that more motherboards will receive support.

New iPad Air available at a discount from Amazon

COVID-19: What are the movements of people from your land?

HomePod mini speaker: to use it quickly, pick it up at an Apple Store

Lexus UX 300e: This is what Toyota’s first all-electric car looks like

COVID-19: What are the movements of people from your land?

Android: warning about malware never seen before that threatens users