Nvidia will most likely introduce a video card called the GeForce RTX 3060 Ti soon. It must have 8 GB gddr6 and 2,486 cuda-cores. Videocardz claims to have shot photos of a Founders Edition, showing that it has a hefty cooler for its price range; it appears to be exactly the same cooler as the one on the RTX 3070.

The photos show that the card is the same length, width and height. The 12-pin power connector is also in the same awkward place, at the top center. However, it must have the same adapter as its bigger brothers, this is in the box that Videocardz also put on the picture. On the back of the video card is the same backplate with the same recess that serves as an outlet for the right-hand fan. The 3060 Ti is slightly more silver than the 3070. Earlier we saw custom Gigabyte models of the 3060 Ti, the Founders Edition seems to be as long as the shortest variant of Gigabyte that has surfaced. 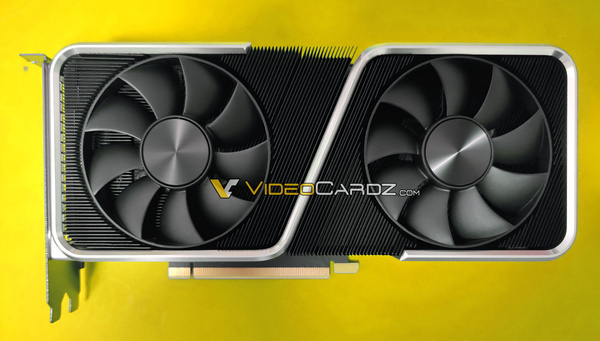 Overall, the card appears to be very similar to the RTX 3070, both in design and performance. Videocardz estimates official consumption between 180 and 200 watts, while the RTX 3070 requires 220 watts. With exactly the same cooler it will therefore function at slightly lower temperatures. It also resembles the RTX 3070 in terms of specifications; the 3060 Ti would be around the performance level of the 2080 Super and thus also perform just below the RTX 3070. Still, the 3060 Ti probably uses a smaller version of GA104, the chip in the RTX 3070. Phasing out the RTX 3070 is therefore not logical.

Tablets at Stiftung Warentest: The best are not from Apple

What does EMUI 11 offer to its user? – Special News – Aroged

Windows 10 runs twice as fast on Apple M1 as it does on Surface Pro X.

December 3: We have free Android games and applications

Microsoft is rowing back on employee monitoring in Office 365

What does EMUI 11 offer to its user? - Special News - Aroged