Although it is again very difficult to actually purchase them at this product launch, AMD’s two Radeon RX 6800 cards are officially world-renowned – at least, the models with the Radeon reference cooler. After Sapphire and ASRock, among others, PowerColor has now also shown its own interpretation of the Navi 21 GPU: the Red Devil. 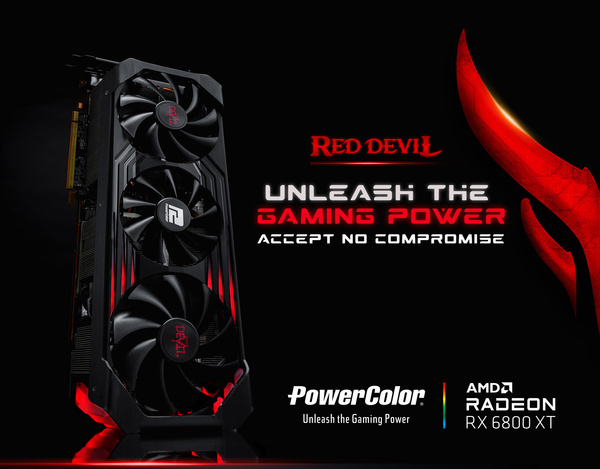 As we have come to expect from the Red Devil series, the RDNA2 cards from the line use large, mainly black coolers. The heatsink is cooled by three fans and is about three expansion slots thick. There are the necessary argb elements present on the front, side and rear, and like the RX 5700 cards, the I / O is also illuminated.

In terms of display outputs, three display ports and one hmdi connector are provided. However, the depicted variant deviates from this and replaces one display port with USB-C, something that will only be the case on ‘Limited Edition’ variants of the card. This applies to both the RX 6800 and the RX 6800 XT Red Devil.

Two 8-pin peg connectors are provided to power the card. On the pcb itself there are 14 + 2 vrm phases that use dr mosfets. Seven heat pipes have been incorporated in the thick cooling block. A bios switch allows users to choose between Quiet and OC modes. 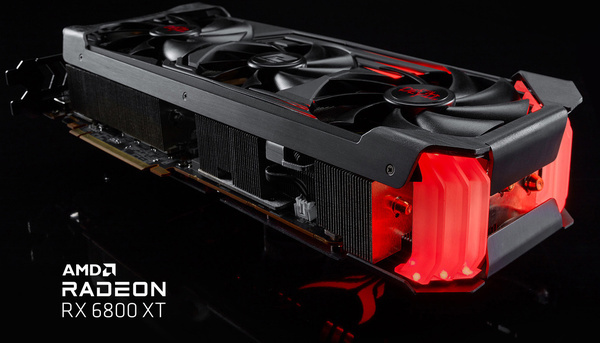 PowerColor has not yet given any details about the clock speeds that the Red Devil cards will receive. It is also not yet known how much they will cost.
Although the release date of customversions of the RDNA2 cards have not yet been announced, VideoCardz claims they will go on sale November 25. Hopefully these versions are better available than the reference cards, which sold out very quickly worldwide.

Weekly review and outlook: RDNA 2 and nothing else

How to order a 99 race on WhatsApp

Kamal Haasan Birthday: This aspect related to Kamal Haasan’s life, which will be a lesson for you