Camogli, landslide destroys part of the cemetery: coffins end up in the sea – 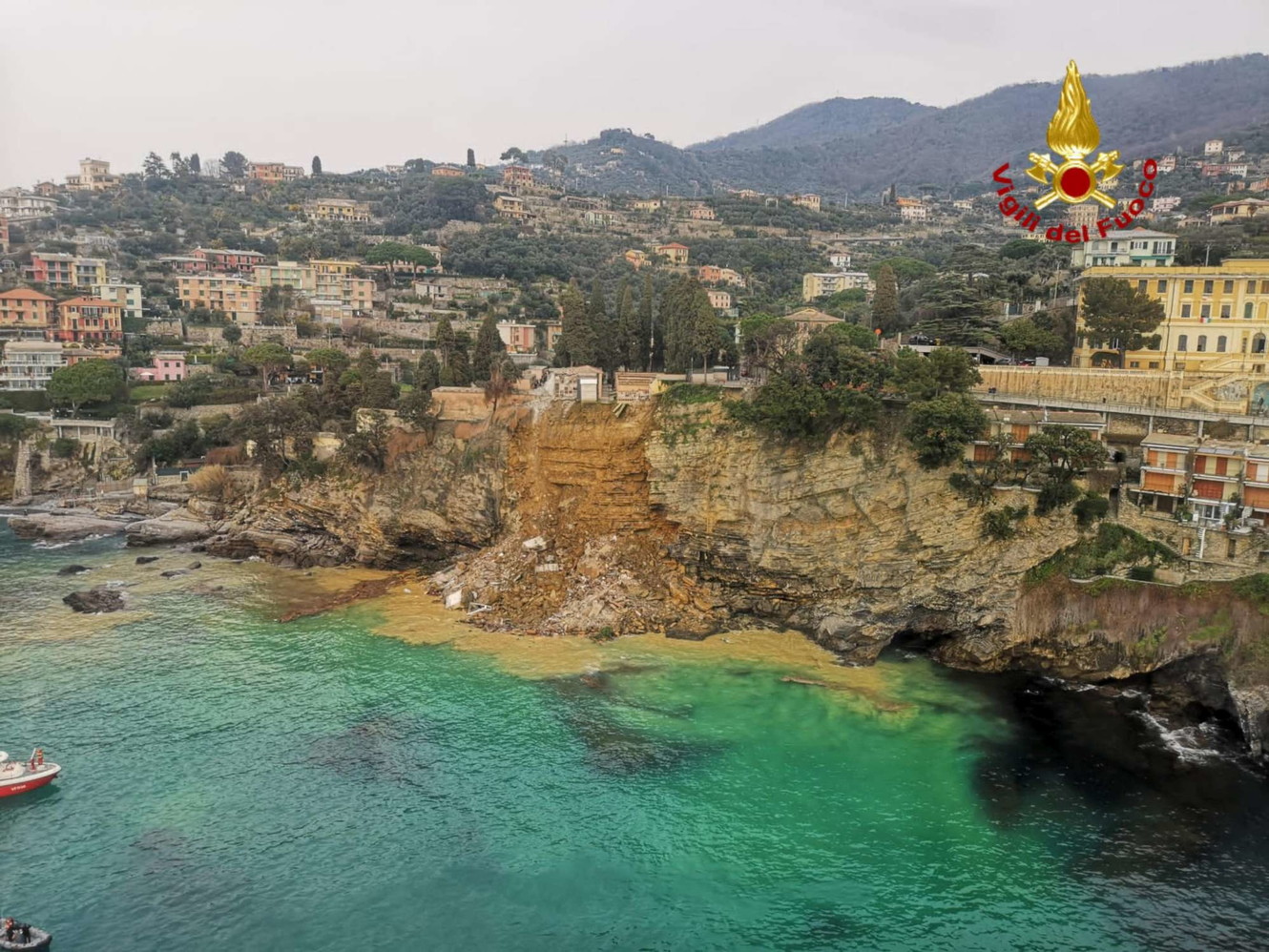 There are about two hundred coffins dragged away by the landslide. The landslide also destroyed two chapels with the bodies contained inside and made them slide into the water. The collapse would have been caused by the erosion of the cliff below the cemetery area, aggravated in all probability by the violent storms that have hit Liguria in recent years. Tino Revello, Councilor for Public Works of the municipality of Camogli, explained that the area had been under observation for some time and work was underway for the consolidation of the rocky cliff under the cemetery: “the area had also been cordoned off because in the last few days strange creaks had been heard. “

Teams of divers from the fire brigade, boats from the Coast Guard and the firefighters themselves, as well as a fire brigade helicopter went to the site of the collapse. Some coffins ended up in the sea and operations are underway to recover them and bring them back to the port of Camogli but many have remained stuck on the rocks and in the earth brought by the landslide and their recovery is currently defined as complicated.

Breakdown at sea to curb materials – The Port Authority has placed some breakdowns in the stretch of sea where the rocky materials and coffins poured out after the collapse of the cliff in a portion of the cemetery in Camogli. This was stated by the councilor for regional civil protection Giacomo Giampedrone who is carrying out the inspection on the area of ​​the collapse. “At the moment – said Giampedrone – the coffins are being recovered and are recoverable. There is a landslide front that we will analyze from tomorrow we will try to understand what is still in danger and how to eliminate the collapsed materials that are currently accumulated at the edge of the cemetery. The road is in fair condition but I believe that the whole area will be closed at least until we understand what the risk conditions are on the side of the landslide area and in the part of the cemetery that laps the area of the collapse “.

Pet Astrology: what March will be like for your dog – Aroged

Tommaso Zorzi is the winner of the “Big Brother Vip” – Aroged

Tommazo Zorzi is the winner of the “Big Brother Vip” – Aroged

Microsoft, other than console war: Minecraft even undermines Smash in the UK - Aroged

The new tech offers from Mediaworld at zero interest are coming! | OffersLabs