Landslide in the cemetery of Camogli: about 200 coffins on rocks and in the sea – Photo 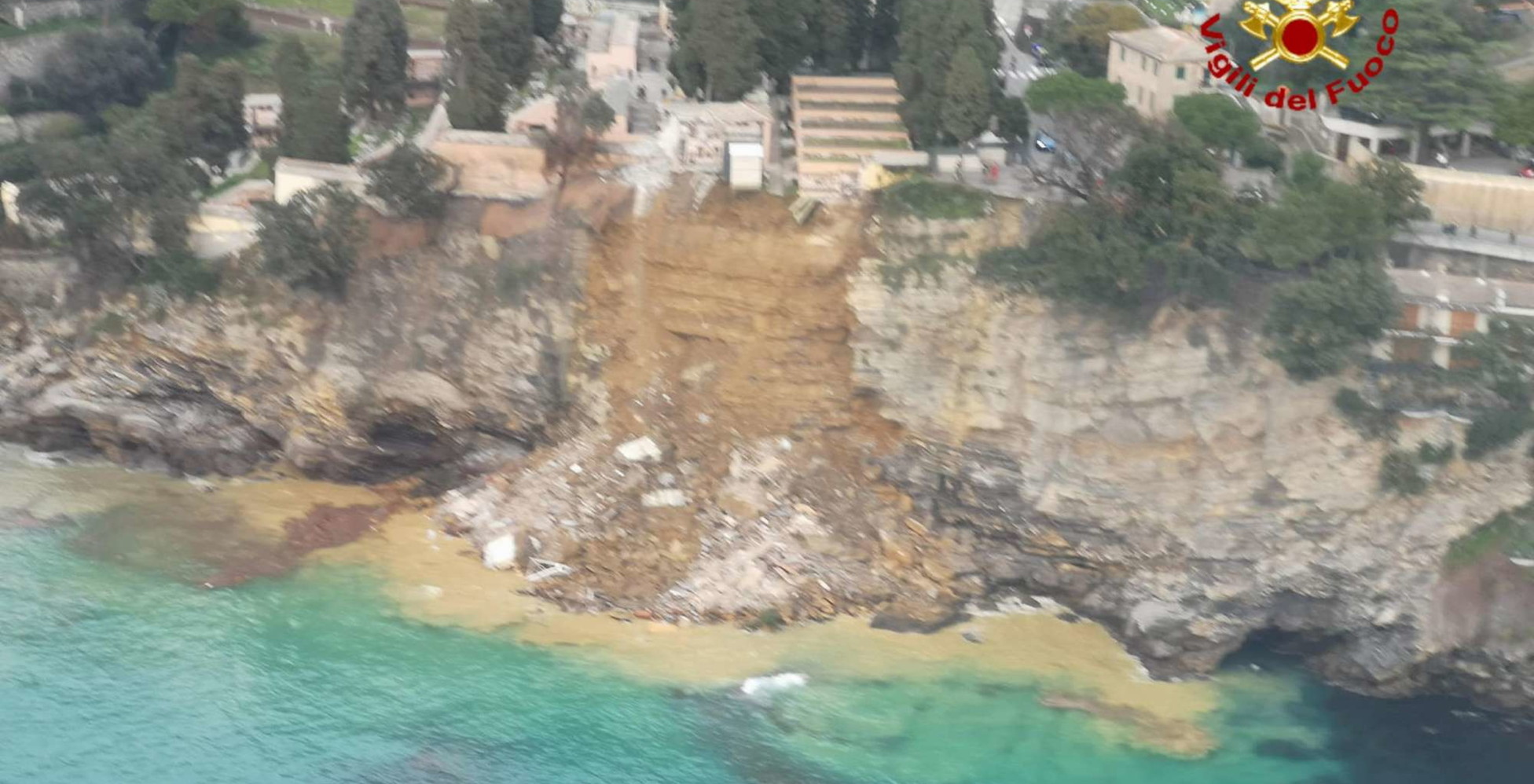 There are about two hundred coffins dragged away by a landslide and partly ended up in the sea in Camogli (Genoa) following the collapse of a portion of the cemetery, located on the coast line of the tourist resort, about 50 meters above sea level. The landslide also destroyed two chapels with the bodies contained inside and slipped into the water. The collapse would have been caused by the erosion of the cliff below the cemetery area, aggravated in all probability by the violent storms that have hit Liguria in recent years. Teams of divers from the fire brigade, boats from the Coast Guard and the firefighters themselves, as well as a fire brigade helicopter went to the site of the collapse. Some coffins ended up in the sea and operations are underway to recover them and bring them back to the port of Camogli but many have remained stuck on the rocks and in the earth brought by the landslide and their recovery is currently defined as complicated.

Sleep of ten and praise? Try the body pillow, the pillow that supports the body –

Pet Astrology: what March will be like for your dog – Aroged

Tommaso Zorzi is the winner of the “Big Brother Vip” – Aroged

Tommazo Zorzi is the winner of the “Big Brother Vip” – Aroged

Call of Duty Warzone: Verdansk will be nuked, according to some users!

Toyota announces the Rally Cup flagship for the GR Yaris

Porsche: possible listing on the stock exchange and spin-off from the Volkswagen group? | MotorLabs

Call of Duty: Warzone, DLSS arrives and you won’t be able to do without it

Georgina and Ronaldo: “Every day we celebrate our love” – ​​Aroged