Bravely Default 2: guide and tricks for beginners Heroes of the Light

Featuring an excellent combat system and a job system that favors total party customization, Bravely Default II it is not exactly a game for everyone, as it is affected by a rather unbalanced level of difficulty, which often tends to transform the clashes with the bosses into real “experiences at the limit” (for more details see our review of Bravely Default II) . Arming yourself with a lot of patience and following the right advice, however, it is possible to circumvent a difficulty that – especially in the first two chapters of the adventure – can prove frustrating and discourage users allergic to such exquisitely old school titles. In order to make your life easier and encourage you not to throw in the towel prematurely, we have prepared for you a short list of suggestions to be implemented from the early stages of the campaign, so as to do not waste time and precious resources. So open your adventure diaries and write down our tips!

As explained in our special on the winning features of Bravely Default II, each Hero of the Light can specialize in each of the 24 professions provided by the Job System and unlockable during the campaign, nevertheless it is essential to first understand which of these are best suited to the various protagonists. 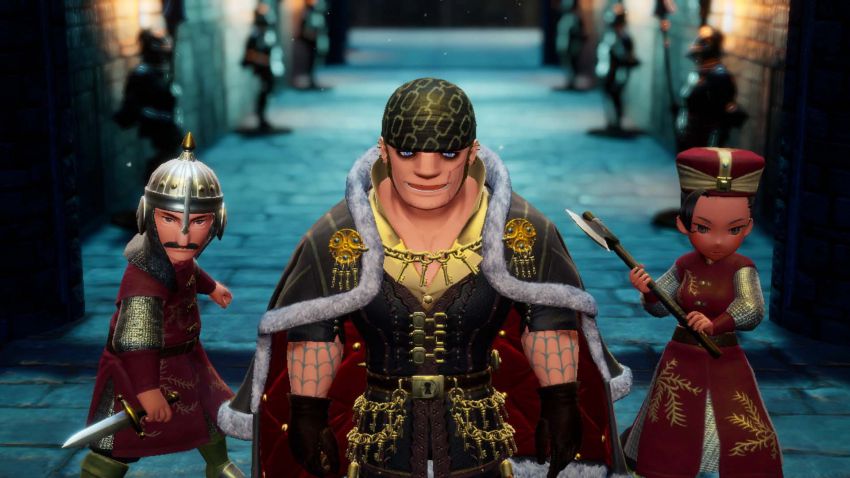 In fact, it must be borne in mind that Elvis and Gloria are mostly suited to magical classes, such as the White Wizard, the Black Wizard or the versatile Red Wizard, while Seth and Adelle are geared towards physical classes, such as the Monk, the Armored Infantryman, the Master of Shields or the incredible Fury (the homegrown equivalent of the Berserker). Our first advice is therefore to do not randomly choose the roles to be assigned to each character, but to select them with care and cunning, in order to create a balanced team.

Making sure that you always have at least one healer, a sorcerer and a damager at hand, we therefore suggest you try all the classes and study their main characteristics, so as to memorize their strengths and weaknesses. A common mistake that beginners make when in the hands of job systems as complex as those of Bravely Defauly, Final Fantasy: The 4 Heroes of Light or GOD WARS: Future Past (by the way, here is our review of GOD WARS: The Complete Legend) is in fact to fossilize on a handful of initial jobs and consider them as if they were permanent. Don’t be afraid to experiment with everything and remember that classes are a bit like weapons and armor added to equipment: from time to time it is necessary to replace them.

The only Asterisk available in the very first hours of the game, the Handyman is a versatile profession that can use any type of weapon, but without making the most of any: the classic character skilled in everything but unable to really excel at anything. 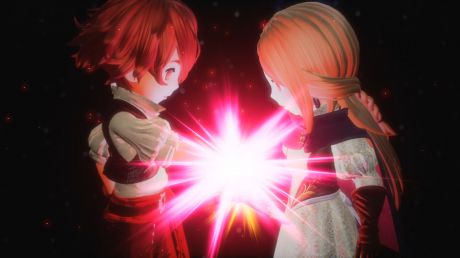 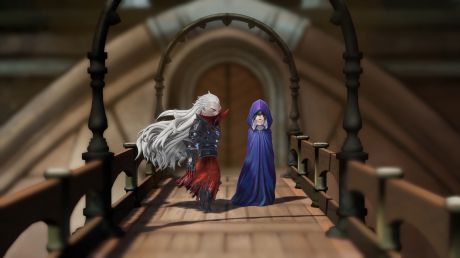 With good reason, once you have come into possession of other Asterisks you may perceive within you the urgent need to change the class of your four Heroes of the Light as soon as possible, but in this way you would end up falling into error. First of all, the Handyman job allows you to learn extremely useful passive skills, such as Divine Wand and Self Healing, which respectively allow you to see the number of unopened chests in the vicinity and to make the effects of poison, darkness and silence disappear at the end of a fight. Even more useful are the skills PC+ e PC++, which increase the Class Points earned through battles by 20% and 50% – or even 70%, if combined – greatly speeding up the not-so-quick feat of raising your job level to the maximum level.

By the way, if the specialty “Shield to the bitter end“makes the Handyman have a 50% chance of surviving a fatal blow, the second specialty called” Late Flowering “and acquired in the advanced stages of the campaign grants an increase in base stats in proportion to the number of classes raised to the maximum level. It means that selecting the Handyman after completing all other jobs causes him to obtain unmatched stats, making him virtually invincible. In end-game you could therefore consider the idea of ​​going back to basics and abusing it without restraint.

Since each fighter can “equip” two Asterisks and simultaneously use a primary and a secondary class, it is useful to combine two jobs that can compensate for each other’s shortcomings, in order to enjoy two different sets of techniques and spells. In order to create true hybrid and well-balanced classes, it is even more important to mix the right passive skills that can be acquired by leveling up the various jobs.

For example, all magical classes should have Solar Energy and Lunar Energy, that is, the skills that can be learned respectively after bringing the White Wizard and the Black Wizard to level 5. If the former increases healing power, magic and luck during the day, restoring 4% of MP each turn, the latter enhances elemental spells, dodging and luck during the night, also restoring 4% of the MP used. 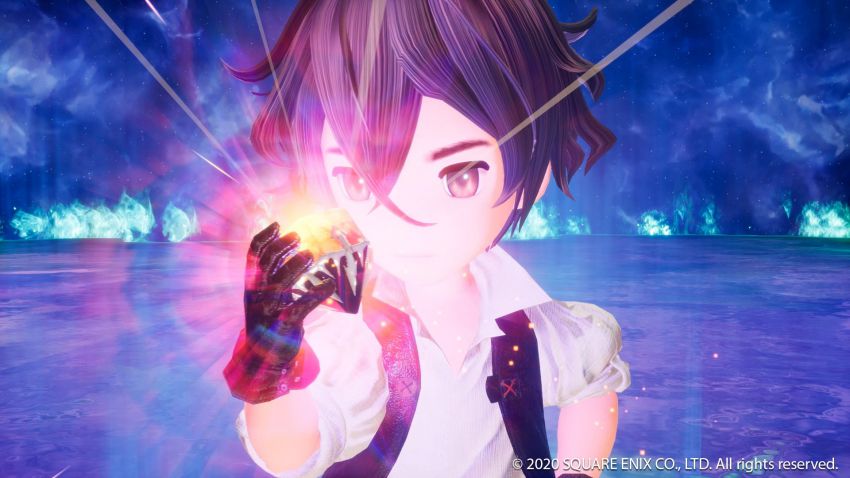 This means that by activating both skills, a wizard will enjoy valuable bonuses and will see MPs restored throughout the day, minimizing the risk of being in the unpleasant condition of not being able to use their spells. If we add to these then the skill Tamer MP saving, which in fact reduces MP consumption by 20%, the chances of running out of magic points further decrease.

As for the melee classes, skills can be particularly useful Counterattack the Master of Blades, who has a 50% chance to respond to any physical attack, Critical Amplifier Ghost, which increases damage dealt with critical hits by 30%, Uncontrollable Will of Fury, which prevents all the annoying alterations of state that remove the ability to act freely (Sleep, Paralysis, Freezing, Fury, Chaos, Terror and Malia), and last but not least Supreme Power of the Infernal Swordsman, essential to overcome the maximum limit of 9999 points of damage dealt with an attack. With such an arsenal, any opponent will beat a retreat!

Use the Brave with caution

On these pages we have stressed several times how complicated it is to master the mechanics of Brave and Default, which respectively allow you to use a maximum of 3 Brave Points to increase the number of actions that can be performed in a single turn by three or in any case to assume a defensive position and set aside a PB. 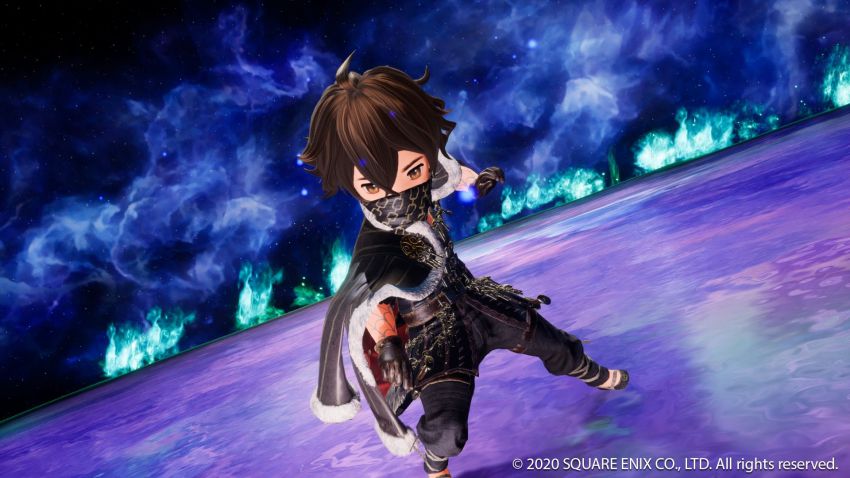 If against common monsters it can be interesting to borrow 3 PB to score 16 different attacks already in the first round (4 per character) and quickly close the battle, this strategy is not feasible against most bosses. , since very often these they are immune to certain categories of weapons and respond with violent physical or magical counterattacks based on the player’s actions.

Imagine unintentionally triggering even just five or six counterattacks in a row and having to remain motionless for three consecutive turns, in order to repay the debt of “share points” contracted with the system: it is unlikely that the boss will not take advantage of this to knock the whole team and win the game. Our advice, therefore, is to don’t spend too many Braves on bosses before they’ve even revealed their cards.

Also remember that if your opponent proves to be immune to the weapon used by your character, it will not be absolutely necessary to reset the game and reload the save to access the menu and change the equipment, but during your turn, just select the item “Items “and choose a different weapon. Not only you will not waste the current shift, but by doing so you can even abuse the enemy’s weaknesses.

If in general the grinding and the elaboration of a different strategy are the most effective methods to overcome a seemingly insurmountable obstacle, there are a couple of tricks to speed up the growth of the characters. The first, less effective, is to resort to “explorations”, ie the mechanical one that allows you to get interesting rewards when the console is in rest mode. 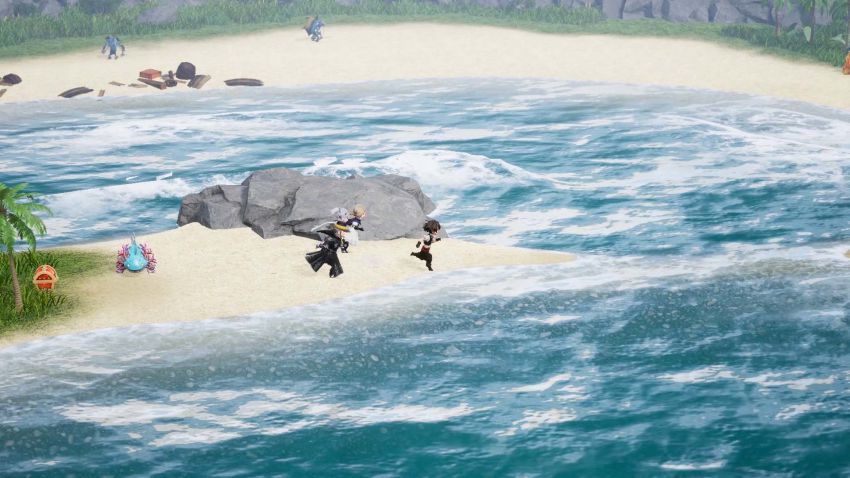 As explained in the review of Bravely Default II, to take advantage of it will be enough remind you to set sail on Seth’s ship before going to bed, in this way the next morning you will find the hold full of pan tonic with which to increase the statistics of the characters and even the rare orbs that grant experience points and class points.

The second method, on the other hand, involves the use of the Handyman’s “Search” technique, which during battles forces the selected character to look for objects. Since the finds depend on the level of the class of the user of the aforementioned skill, a group of Handyman at the maximum level can recover tons of tools, including the tonic panes and globes mentioned above. By arming yourself with patience and playing a little dirty, you can then level up your team very quickly!

Finally, if the idea of ​​taking some shortcuts goes against your principles, you could consider the idea of ​​lowering the level of difficulty, in such a way as to delay the turns of the monsters, or in any case of devote many hours to grinding whenever a guest character decides to accompany the Heroes of Light for some time. There are several and they usually take care of the party, revive fallen comrades or otherwise resort to powerful assaults. For what good reason should you not take advantage of their good will?

Final Fantasy 7 Remake Intergrade and Resident Evil Village will show up in a few days!