Sucker Punch (Ghost of Tsushima) on a spectacular multiplayer game 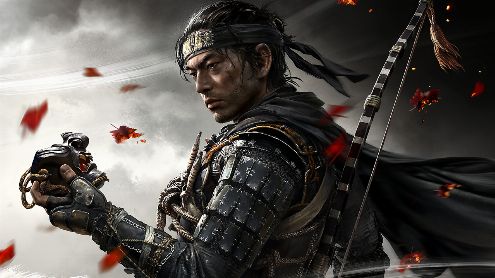 The incredible success of his last game helping, more than 5 million copies in the world and many fans on the side of the Land of the Rising Sun, Sucker Punch sees all his movements scrutinized. A small ad is enough to draw plans on the count.

According to a job offer on his official website, the developer of Ghost of Tsushima is reportedly working on a multiplayer title. The vacant position is that of Multiplayer and Network Programmer. And it is his description that suggests that there is multi in the air:

Our talented multiplayer designers create impressive team play experiences, and you will play a vital role in bringing that creativity to life in spectacular multiplayer gaming.. We are looking for a complete experience: someone with the skills to study, define, implement, and deploy networking features that support a smooth and engaging cooperative play experience.

Spectacular multiplayer? After the Legends mode, arrives on October 16 and allowing four players to face waves of legendary creatures, would Sucker Punch have other major ideas?

Last October, another ad for a narrative designer job suggested developers in Bellevue, Washington, were planning to re-emerge for a game set in feudal Japan. To think that a multiplayer component would be directly implemented in a Ghost of Tsushima 2, or even that we embody a troop of several Japanese warriors in a campaign of the same ilk …

The video game market will generate $ 175 billion in 2021, according to Newzoo estimates

Returnal PS5: Backups lost due to an update

iCulture polls: which announcement of the April event are you looking forward to?

Amend tax bills, the Draghi government dissolves the first knot | Only the folders from 2000 to 2010 included will disappear –