The discrete Intel Iris Xe (DG1) graphics card can be found only in ready-made PCs, it is not sold in retail. It is known by now that ASUS is engaged in the production of such accelerators. Previously, there were also rumors about a version from Colorful, but this manufacturer has officially disowned participation in the venture to promote discrete Intel graphics cards. Now Intel Iris Xe (DG1) has appeared in the performance of the Chinese company Gunnir. 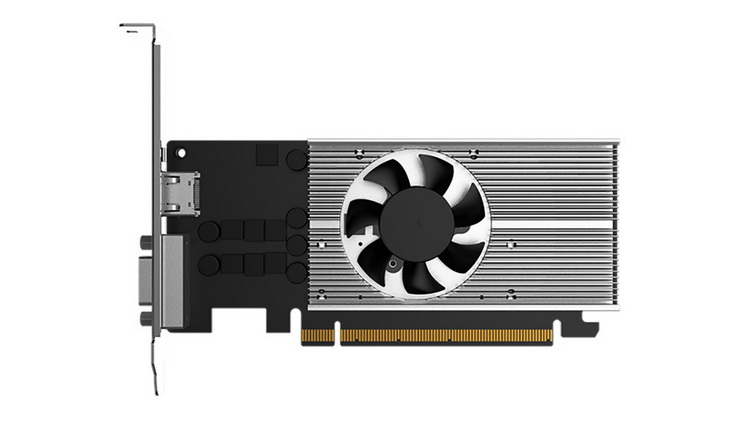 Intel website there is a sectiondedicated for DG1 video cards. Previously, it displayed information only about the DG1 model made by ASUS. Recently, it has been joined by a version from Chinese OEM-based turnkey systems supplier Gunnir.

The novelty from China offers a low-profile design and is equipped with a compact cooling system with one small 45 mm fan. But more interesting is the fact that the manufacturer, in addition to HDMI, equipped the video card with a VGA (D-Sub) interface. This connector has not been found in modern graphics accelerators for a long time. 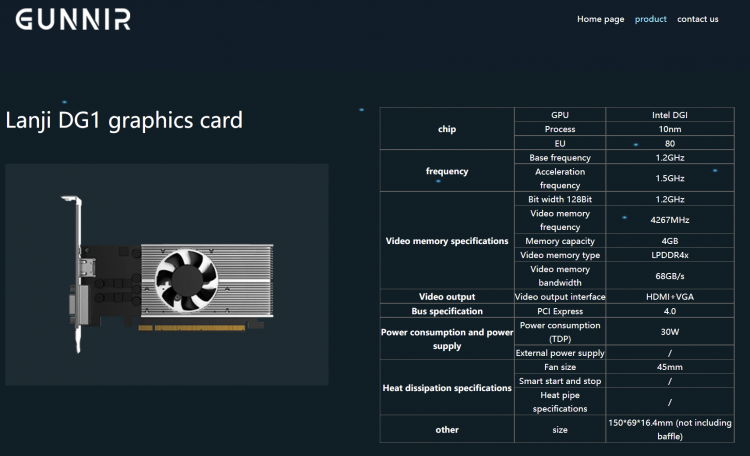 The graphics chip of the Intel Iris Xe (DG1) video card is equipped with 80 execution units (640 cores). The base GPU frequency is 1.2 GHz. In Boost mode, it rises to 1.5 GHz. The video card received 4 GB of LPDDR4X video memory with a frequency of 4267 MHz. The novelty is powered exclusively by the PCIe connector, since its declared power consumption level is only 30 watts.

Control has begun on the Epic Games Store, followed by Hell is Other Demons and Overcooked! 2

E3 2021: Assassin’s Creed Valhalla announces its next expansion and a Discovery Tour