Desktop graphics card makers nearly quadrupled their profits in the first quarter of 2021 compared to the same period last year. This is due to the sharp rise in average selling prices, according to Jon Peddie Research. Simply put, video cards were selling for a lot more than a year ago. 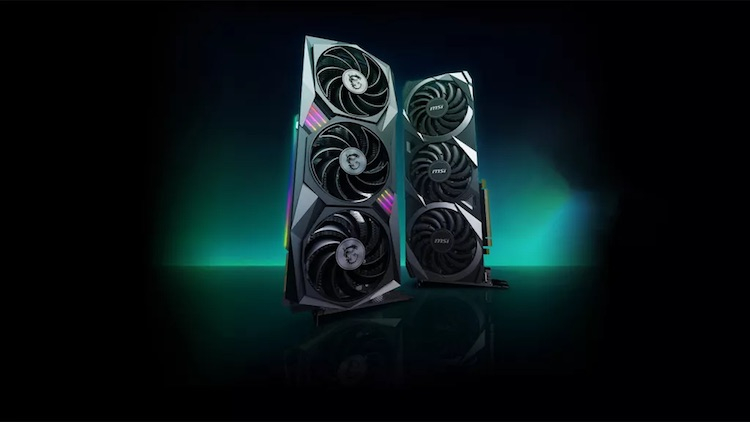 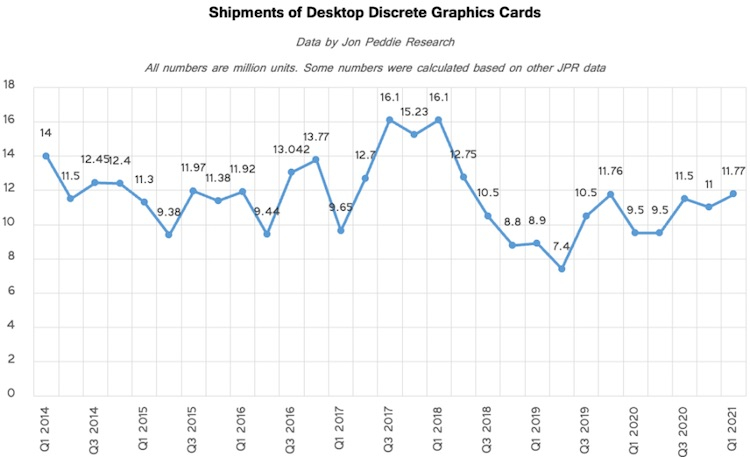 According to the latest report, the volume of the market for video cards in the first quarter reached $ 12.5 billion, which is 370% more than last year. The most significant market growth came in the second half of 2020, when prices for video cards of all price categories jumped sharply in the fourth quarter of 2020 as a result of too high demand. We are talking about video cards from AIB partners of AMD and NVIDIA companies, which produce their own versions of accelerators.

According to Jon Peddie Research, today the average price of a budget graphics card is $ 469, while a year ago it was only $ 141. A mid-range graphics accelerator costs $ 809 (a year ago – $ 262), and a high-end video adapter will cost an average of $ 1,358 (was $ 779). Analysts point out that the rise in prices is driven by a number of factors, including a shortage of components and production capacity, as well as strong demand. 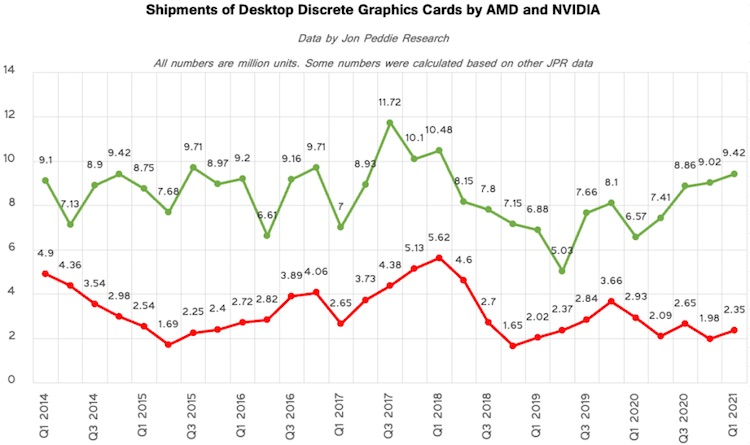 In terms of market share of GPU manufacturers, NVIDIA retained the lead and surpassed its competitor AMD by a four-to-one ratio. AMD managed to increase its market presence by 3 percentage points in the first quarter and secure a 20% share in the supply of graphics chips. NVIDIA reduced its share and now occupies 80% of the market. It’s also important to note that both companies are selling off all the GPUs they can produce, and both have raised shipments for the first quarter.

Salt and Sanctuary Developers Announce Sequel - Salt and Sacrifice Coming to PC, PS4 and PS5 in 2022

PlayStation: in the future there will be not only consoles but also mobile devices!

Rumors: 2K will show at E3 2021 an offshoot of Borderlands, XCOM hybrid with Marvel heroes and more