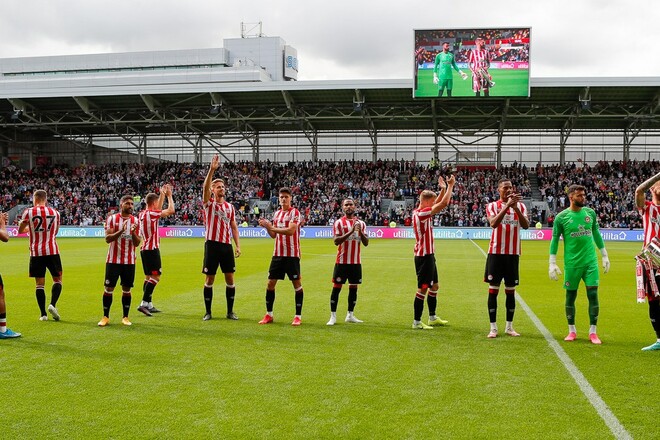 On Friday 13 August, the Premier League season kicks off as the newest Brentford elite division rookie at home stadium Brentford Community will host London’s Arsenal. The starting whistle will sound at 22:00 Kyiv time.

Football club “Brentford” was founded back in 1889, but never played in the Premier League, since it was founded on May 27, 1992. Most of their 132-year history, the “bees” wandered through the lower divisions, and finally they managed to reach their goal.

The team of Danish specialist Thomas Frank at the end of the 2020/21 season took third place in the Championship, gaining 87 points, after which they became the winner of the playoffs for reaching the Premier League, where they beat Bournemouth (0: 1, 3: 1) and Swansea City “(2: 0). Now Brentford will try to gain a foothold among the elite.

Just staying among the elite is too little for Arsenal’s fans and management. Therefore, the team of the Spanish specialist Mikel Arteta, who barely escaped retirement after last season, is faced with the task of getting into the top 4 and finally returning to the Champions League. The 8th place in the last championship left the Gunners completely out of the European competition, so now they can concentrate on playing in the domestic arena.

We believe that Arsenal will win this match. Our bet will be the position – W2 with odds of 1.94 on the Parimatch line.

NS about 322: "You can express my respect to Solych that he did not pull anyone with him and that the story was extinguished."

VIDEO. Pyatov received 3 bottles of beer from Messi and told what he would do with them