A few days ago, fans of the Half-Life series decided to break the record for activity in the second part. The flashmob took place on August 14 and fans achieved their goal. 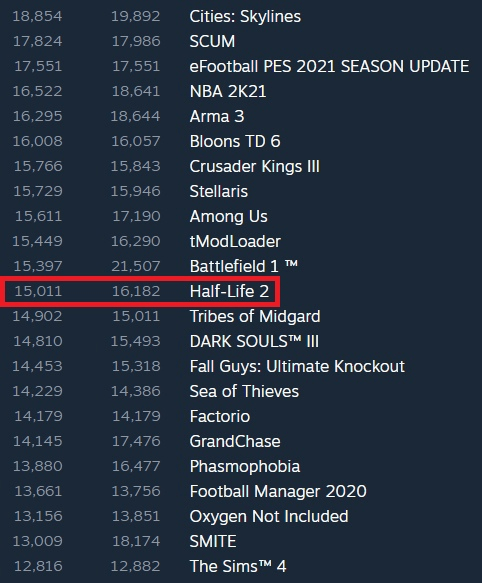 Unfortunately, Valve did not react in any way to such a gesture from fans, who again showed with all their might that the series was not forgotten.

Thymesia: announced the cloud version for Nintendo Switch of the soul-like inspired by Bloodborne

What is the best-selling video game console in history?

Starship's first orbital flight will take place in the coming weeks, SpaceX has everything ready

Battlefield 2042: does the technical test run better on Xbox Series X than on PC?