The King of Fighters 15: Release date for PS5 & PS4 and a new trailer 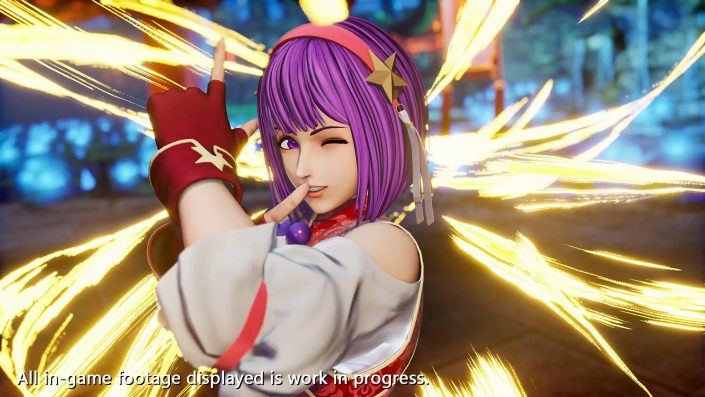 Koch Media and SNK Corporation have announced that the fighting game “The King of Fighters 15” will be released on February 17, 2022 for PS5, PS4, Xbox Series X / S and PC.

“The King of Fighters 15” offers 39 characters, including classic characters and characters that, according to the manufacturer, will be crucial for upcoming events. For the first time, heroes from each saga will come together. The story mode ties in with the plot of the previous title. Ultimately, you will meet heroes of the Orochi, Nests and Ash sagas.

Additional features of “The King of Fighters 15” include the classic 3-on-3 team battle system and a new mechanism with which the players can counter opposing attacks. There is also the MAX mode including the Quick version with a rush function. It should make it possible to perform combos by quickly pressing attack buttons.

“The King of Fighters 15” offers various online modes, but also the possibility to contest local duels. According to the manufacturer, the new DJ station also offers over 300 songs from the entire series.

Several editions can be pre-ordered

The title is sold in several editions. The first paid download content is also in the pipeline. Below are the details including pricing:

More news about The King of Fighters XV.

Aggressive talks in the new trailer for The Dark Pictures Anthology: House of Ashes

After repairing the temple in Pakistan, handed over to the local Hindu community, 90 people were arrested