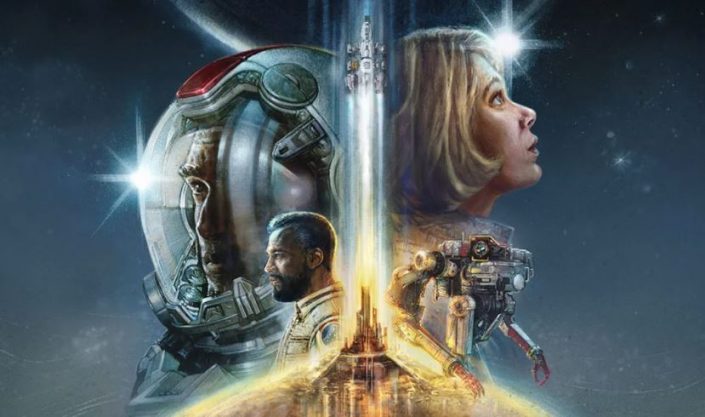 Only shortly after Bethesda Softworks was taken over by Microsoft last year, speculation began about what the whole thing would mean for future titles such as the role-playing game “Starfield”.

After PlayStation 5 players initially had hope that the PlayStation 5 could also be supplied, Microsoft announced over the summer that “Starfield” would only be available for the new generation PC and Xbox in November 2022. An interview with Bethesda Softworks Pete Hines, in which he talked about the various games from Bethesda Softworks, caused fresh rumors at the weekend.

Nothing has changed in the plans

In the course of the interview Pete Hines drew a comparison with “Minecraft”, which is still available in the form of a multi-platform title and is very popular on all systems. At the same time he promised that the takeover by Microsoft does not mean that players on platforms will be deprived of the opportunity to play titles from Bethesda Softworks.

Statements that have been interpreted to the effect that the company is keeping the often cited back door open with regard to a PlayStation 5 version of “Starfield” in order to possibly supply Sony’s console at a later date. In order to take the wind out of the sails of the resulting speculation, Microsoft’s Aaron Greenberg was immediately on the spot and made it clear once again that “Starfield” will only appear for the Xbox Series X / S and the PC.

Despite all the rumors, nothing has changed in his own plans, as Greenberg further indicated. “Starfield will be released exclusively on Xbox Series X | S and PC on November 11, 2022. Game Pass members can also play it on Xbox and PC on day one. I know we’ve said all of this before and none of it has changed or will change, ”said Greenberg.

In the end, in the interview quoted, Hines was probably referring to games like “The Elder Scrolls Online” or “Fallout 76”, which are also available for the PlayStation platforms and are to be supported in the long term. At the same time, Bethesda titles already released for PlayStation will continue to be available in the PlayStation Store.

Star Wars: New project in the works for the Heavy Rain makers of Quantic Dream?

There are no Ukrainians left. Tsurenko lost the US Open qualifier match