AMD’s AIB partners have begun preparations for the release of the Radeon RX 6600 video card based on the stripped-down Navi 23 graphics core. In particular, Gigabyte Technology will offer a new product in the Eagle modification, the images of which were published today VideoCardz. 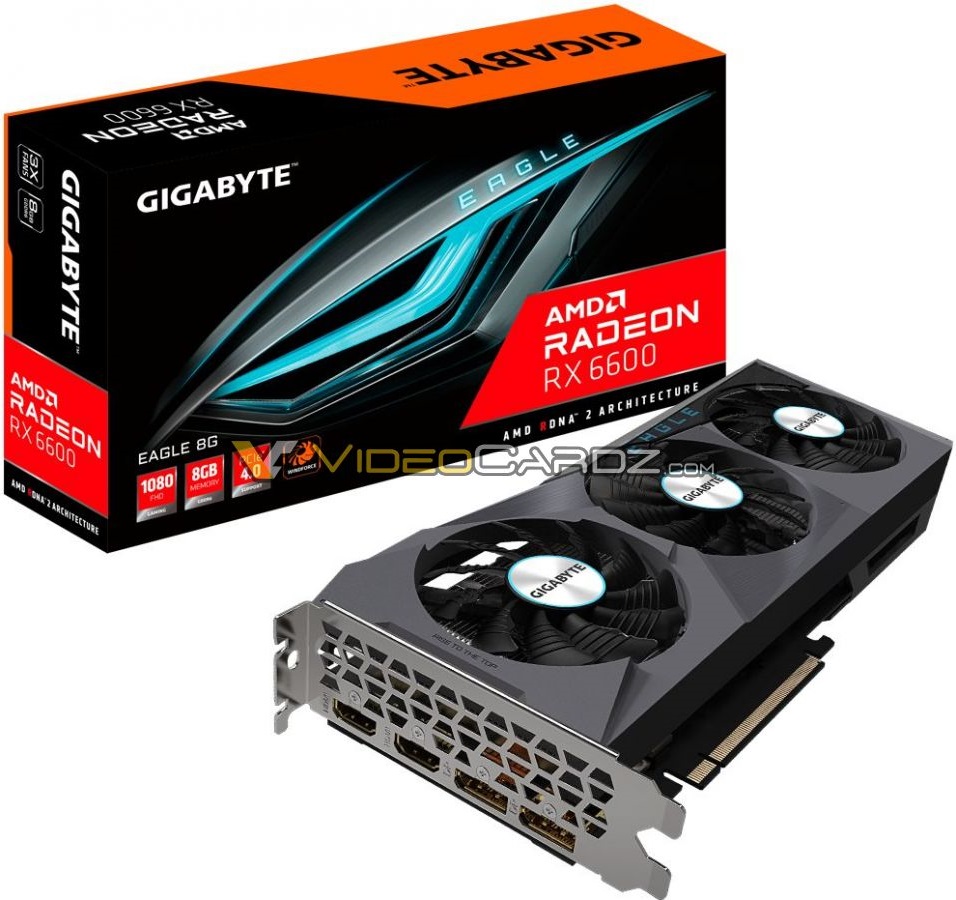 Externally, the Gigabyte Radeon RX 6600 Eagle graphics card is no different from the similar version of the Radeon RX 6600 XT, released a month ago. The device uses a dual-slot cooling system with three fans, is equipped with HDMI 2.1 (x2) and DisplayPort 1.4 (x2) video outputs, as well as an 8-pin auxiliary power connector.

A fresh leak confirms that the Radeon RX 6600 has an 8GB GDDR6 video buffer, just like its big sister. The GPU’s arsenal includes 1,792 RDNA 2 stream processors, a 32MB Infinity Cache buffer and a 128-bit memory bus. Compare the characteristics of the Radeon RX 6600 and other members of the AMD Navi 2X family in the table below.

The official debut of the Radeon RX 6600 video card, according to unofficial sources, will take place in September-October. The MSRP should be around $ 300-330.

Shakhtar will not give Bondarenko on loan