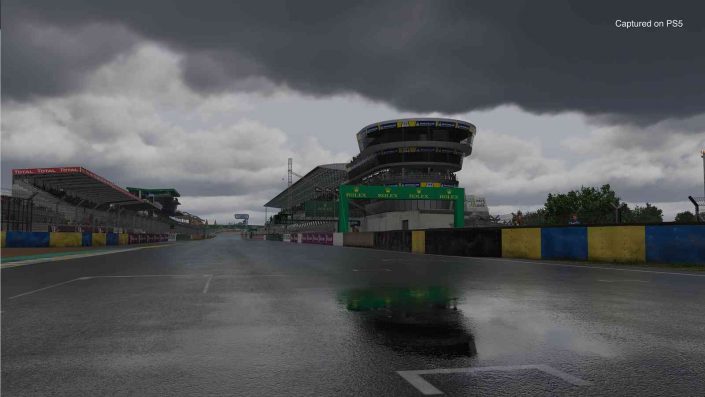 “Basically, it’s the same as Gran Turismo Sport, only the way it’s expressed is a bit better in comparison,” said Yamauchi.

In conversation with Eurogamer the question was also asked whether multiplayer will enable both generations of PlayStation consoles to be played together – i.e. cross-gen play. This question was answered with a short but clear “yes”.

Not every buyer of “Gran Turismo 7” will get a steering wheel. But the racing game should also cut a fine figure with the DualSense controller. In addition to the support of the adaptive triggers and the haptic feedback, Yamauchi particularly emphasized the precision that the controller now has. According to him, a steering wheel could be replaced with it.

“Things like using the adaptive triggers to emulate the vibrations of the ABS when it is working – gimmicks like that are one thing. What is more important to me is the precision of the controls that the new controller enables. There used to be things that you could really only do with a steering wheel controller. But now you should be able to do everything with a DualSense controller that you can do with a steering wheel controller, ”says Yamauchi.

Features from older games should also return. In addition, there are ideas for new things that cannot yet be talked about.

In a conversation with GT Planet Yamauchi also confirmed that the game will have more natural driving physics, which should be better than those in “GT Sport”. Some of the best Gran Turismo players in the world have helped Polyphony improve the game’s physics engine.

“As far as driving physics is concerned, we’ve continued to develop the game over the past 25 years. In GT7 you will find that the precision has increased. I also think that it will be perceived as more natural, even more so than in GT Sport, ”said Yamauchi.

Information about the weather system

“Gran Turismo 7” will also receive dynamic weather conditions that will affect the gameplay in some way. But there are also limitations: “We don’t have a system to simulate the amount of rubber that is on the track. But we have a simulation where the rain creates a water level on the route. If a car drives over it, it will splash to the side, so that the racetracks there dry faster than the other parts of the track. “

“It’s something that is simulated and has a corresponding effect on the grip of the track as time passes and the track starts to dry out in different places. The air temperature, the humidity and the temperature of the road surface are also influenced by these changes in the weather, ”it continues.

Gran Turismo 7 is expected to be launched on March 4, 2022 for PS4 and PS5. Sony previously confirmed in a PlayStation Blog post that the game’s single player campaign will require an internet connection.

The “Gran Turismo” series has sold over 80 million times worldwide since it was launched in 1997, making it Sony’s best-selling first-party series to date. More about “Gran Turismo 7” you can find out in our topic overview.

eFootball 2023: What teams and stadiums are in Konami’s free soccer game?

Spider-Man 4: the prototype of the gameplay evokes the disappeared game

Spotify Fusion: how to create a joint playlist on Android and iOS