Amazon Appstore Appears in Microsoft Store for Windows 11, But Doesn’t Work Yet

It became known that an Amazon Appstore page has appeared in the Microsoft Store digital content store, which can be used to install Android applications on Windows 11. This application is currently not publicly available, and to download it requires activation of the product code and availability on the used Windows Subsystem for Android device. 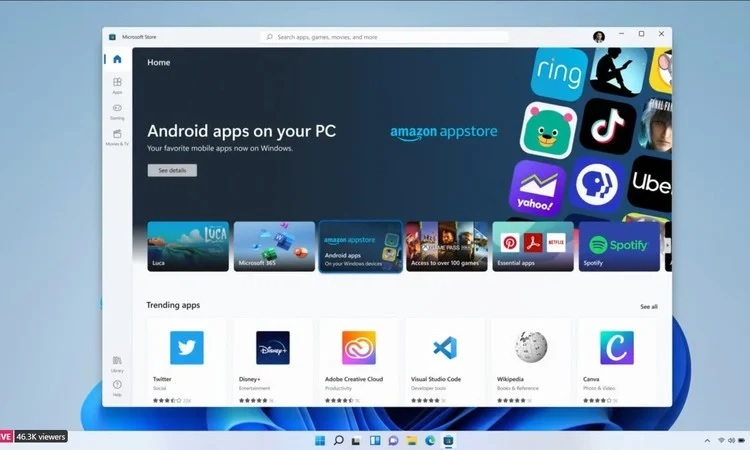 Regardless of how users plan to download Android apps, the Windows Subsystem for Android, which was previously seen in the Microsoft Store, will be used to launch them. Currently, the Windows subsystem for Android is not publicly available, so it is too early to talk about the appearance of full support for downloading Android applications. Microsoft has confirmed that there will be no support for Android apps in the operating system by the time Windows 11 launches on October 5th. It is expected to appear towards the end of the year, but the exact date has not been announced.

The ghosts of Quito and Keen in Genshin Impact: where to find and how to complete the assignment?

PGL published the schedule of the first day of the Major in Sweden: Virtus.pro will play with BIG, Spirit – with Faze

What are the best Spider-Man games?

Marvel vs. Capcom 2, an upcoming remaster from Disney and Capcom?

10 actors who went through real pain in iconic films