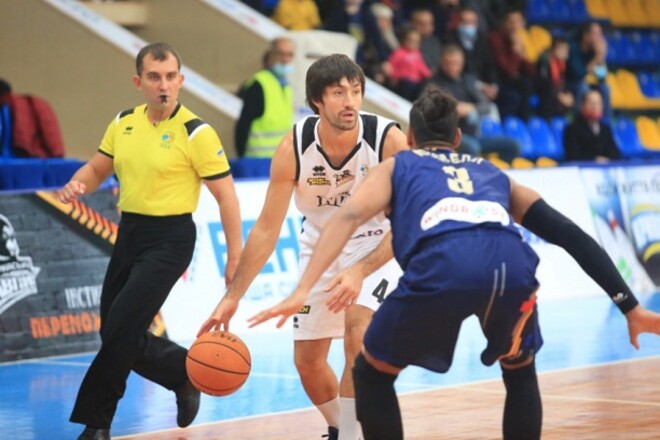 The thirty-first championship of Ukraine in basketball took its long-awaited start last Thursday. Twelve Super League teams played their first matches in the tournament. Already in the first game week of the national championship, a number of interesting events were noted, which Sport.ua tells its readers about in its traditional weekly review.

Matches of the week

The first week of the championship gave all orange ball fans a classic Ukrainian basketball dish. Odessa derby is always interesting. Regardless of the places that the teams occupy in the standings, the matches between BC “Odessa” and Yuzhny “Chemist” arouse increased interest and are almost always distinguished by a stubborn struggle. This fight was no exception.

The teams could not please the fans with high performance, but the game turned out to be tense. Almost the entire first quarter was held in an equal fight, and only at the very end of the ten-minute the Yuzhnyans managed a small spurt, after which the siren recorded the score on the scoreboard in favor of the owners of the parquet – 18:13. In the second quarter Chemist’s spurt continued and in the middle of the second segment he reached the maximum of thirteen points in the match – 32:19. However, after that, the residents of Odessa gathered and began to catch up with their rival. And they succeeded quite well in this. The teams left for the long break only with the four-point advantage of “Khimik” – 36:32.

The third quarter of the team played exactly, and a draw was its fair result, but the beginning of the fourth ten minutes was completely left to the hosts. Thanks to successful actions from Morris, Antipov and Jones, “Khimik” again took a good lead in the score – 61:49. Odessans did not give up and reduced the difference on the scoreboard to five points 45 seconds before the end of the quarter – 63:58. Further, Oleg Yushkin’s charges applied the tactics of deliberate fouls, but “Khimik” scored three out of four shots from the line, and the Odessans missed two very important three-pointers within the last 45 seconds. Hard victory for “Khimik” in the Odessa derby – 66:58.

The second match, which clearly stood out in the schedule of the first week of the Super League, was a remake of last year’s Prometheus final – BC Zaporozhye. However, it stood out more for its sign. The reigning champions of Ukraine in the offseason became even stronger, while the Cossacks lost almost all of their leaders and head coach Valery Plekhanov. The new steering of the silver medalists of the last championship was the well-known player Stanislav Ovdeenko in the recent past, who spent most of his career in Zaporozhye. For him, this season will be the first as head coach.

As expected, there was no particular struggle in the match. BC “Zaporozhye” was enough only for the first quarter, which the teams played with a draw. Then Ronen Ginsburg’s wards performed solo on the court and brought the game to victory without any problems – 89:74.

Sensation of the week

Already the first week of the new season brought a sensational result. Before the start of the championship, Kiev Budivelnik was called by many as one of the main contenders for gold medals, while Cherkasy Mavpy were considered as the middle peasant of the tournament. However, in the opening match of the Super League for both teams, which took place in Cherkassy, ​​the victory remained with the owners of the site.

The whole game was played in an equal fight. Suffice it to say that the difference in the score has never exceeded ten points in a match. However, Budivelnik was ahead for most of the playing time. It was thought that the Kiev club, due to the higher individual class of its players, would still bring the match to victory, but the hosts had a completely different opinion. Having started the fourth ten minutes with a gap of two points, the mavpa quickly won back a small gap. Further on the court there were basketball swings and a stubborn struggle, in which the owners were more successful. The final siren recorded a rather unexpected victory of Cherkasy Mavp – 90:85.

Debut of the week

Last Saturday, Kryvbas Kryvyi Rih played its first match at the Super League level, which became a newcomer to the competition in the strongest division of Ukrainian basketball. As it should be, in most such cases, the first pancake came out lumpy, and the team devastatingly lost at a visit to MBK “Nikolaev” with a difference of twenty-nine points – 62:91.

Of course, the demand for a debutant is not yet great, and the main thing for the team is to cut themselves at a new level for themselves. However, such a devastating defeat still leaves a lot of questions. The team looked painfully weak in their debut match. Moreover, Kryvbas was not opposed by a grand Superleague. Nevertheless, the game gave the impression that teams from different divisions of Ukrainian basketball were meeting.

However, I will repeat once again that one cannot demand much from the Super League newcomer and the same debutant coach Artem Slipenchuk. We will count on the team to feel its game. Otherwise, it is even difficult to imagine what the contenders for the medals of the top division of Ukrainian basketball can do with the defense orders of Kryvbas.

Performance of the week

Budivelnik center Drew Gordon (28 points) showed the highest efficiency rating this week. However, his team lost to the Cherkasy Mavps, which included Rodney Purvis as the soloist.

It was the American legionnaire of the Cherkasy people who became the main problem for the Kievites, which was recognized even by the coach of the “builders” Igor Miglinieks. Rodney Purvis scored seven of nine three-pointers. Moreover, some of them were with the maximum resistance level. Eight assists from the American are also striking. The final efficiency rating of the Cherkasy Mavp defender was 27 points.

Cast of the week

How to make an accurate throw into the opponent’s ring if there are three seconds left before the end of the playing time and the opponents are in possession of the ball? It’s easy if you have DJ Cooper and Issuf Sanon on your team. Dnipro players demonstrated a good example in their meeting with Kharkiv Sokols. The first made a bright interception and gave an assist, and the second hit the rivals’ ring with almost a siren, which sent the teams for a long break (on the video from 2:12).