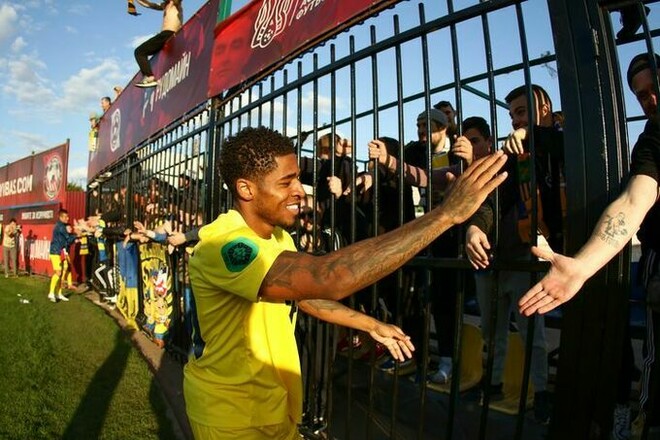 The club of the First League Kryvbas reacted to the dissatisfaction of Metalist regarding the fence on the away sector in Kryvyi Rih.

Kryvbas is frankly surprised by the statement of Oleksandr Voroshilov about the allegedly outrageous conditions of the fans’ stay at the Gornyak stadium at the match of the 10th round of the First League.

On September 20, Kryvbas received an official letter from Metalist signed by the same Kharkiv general director Alexander Voroshilov, where it was stated that the club did not organize the fans’ departure for the match on September 26. Thus, according to the regulations of the First League, Kryvbas had the right to prevent Metalist fans from entering the stadium, who could have come to the match on their own.

On Friday, after receiving information from the ultras themselves about the intention of about 200 Kharkiv fans to come to Kryvyi Rih, taking into account the long-standing friendly relations between the club’s active fans, Kryvbas, after consulting the PFL and law enforcement agencies, independently decided to solve the problem and decided to admit them to the stadium.

Kryvbas was expecting a full house at the match, so the day before the game the guest sector was tripled for the upcoming match. But it is worth noting that this stand was installed back in August 2021 due to the reconstruction of the old stand, and not specifically before the visit of fans from Kharkov. And the very next day this tribune was partially dismantled to install a lighting tower in this place as part of the reconstruction of the Gornyak stadium.

On the day of the game, at the pre-match meeting, Metalist officials once again stressed that they were categorically against the admission of their fans to the stadium, and stated that they would not be held responsible for the ultras present at the match.

Before the game, representatives of the fans from Kharkov had the opportunity to familiarize themselves with the tribune, and they did not have any questions or objections regarding the conditions of stay at the guest seats.

After the game, the representatives of the fans from Kharkov thanked the management of Kryvbas for their help and polite attitude and promised to convey their point of view on the statement of Metalist to the management of their club. Interestingly, the general director of Kharkiv, who signed this statement, was not even present at the match in Kryvyi Rih.

As for the “violation of ethics, morality and the rights of free citizens” and the comparison of the guest tribune with the “concentration camp”, we would like to note the following. Guest stands with fencing in almost all stadiums in the country and the world. It has such a tribune with a three-meter fence and OSK Metallist. But due to the scale of the stadium in Kharkiv, it is not as noticeable as at the Gornyak stadium, and none of the Kharkiv leadership does not care that the guests of their club are in the “cage”.

Kryvbas always expresses its respect for opponents and their fans, so we are against labeling and ridiculous accusations, especially when it is done behind the eyes after the match and assurances about the absence of comments about the conditions of stay at the stadium in Kryvyi Rih.

Metalist won deservedly on Sunday, but this does not give the right to treat Kryvbas with disdain and groundlessly accuse the club and its management of disrespectful attitude towards fans, ”the club said in a statement.

Note that the match Kryvbas – Metalist (0: 5) in the 10th round of the First League was suspended due to flares thrown onto the field.

Sudden Freebie: Pixel Cyberpunk 2064: Read Only Memories Can Be Picked Up In EGS

Halo Infinite: All Insiders are invited to the next multiplayer test