Lucid Motors held an inauguration ceremony for its electric vehicle plant in Casa Grande, Arizona. The start of production was marked by several Lucid Air sedans that rolled off the assembly line during a ceremony. 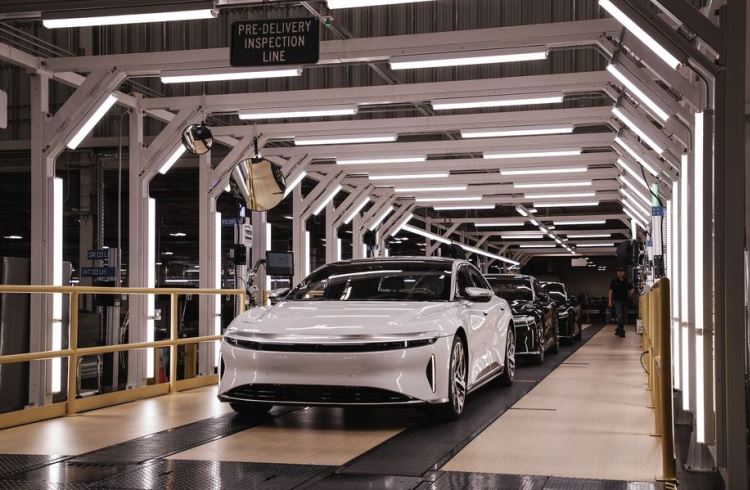 The launch of production means that the Lucid Motors electric sedan has passed EPA and FMVSS safety certifications, and the Lucid Air will be delivered to the first customers by the end of October. The Advanced Manufacturing Plant (AMP-1) not only assembles electric vehicles, but also prepares the main components of the power plant and battery packs. A company spokesman noted that full control over the design and production of powertrains is one of the reasons that the premium Lucid Air Dream Edition develops 1111 horsepower and provides a range of about 830 km.

According to available data, the manufacturer intends to produce about 520 copies of the premium version of the Lucid Air Dream Edition, but the same plant will also produce Grand Touring models worth from $ 139,000. This model develops a capacity of about 800 horsepower and can run up to 830 km without recharging. The more affordable Touring and Pure versions will be produced once they receive EPA safety certifications.

In 2023, the company plans to expand the production of electric SUVs, known as Project Gravity, at the AMP-1 plant. For the time being, Lucid Motors prefers not to talk about other plans. The company currently has about 13,000 pre-orders for different versions of the Air sedan, according to reports.

Jurgen KLOPP: "The most important thing in football is the result"