Another update seems to be related to traps.

Another update seems to be related to traps.

Assassin’s Creed Valhalla developers have published the update release schedule for the coming months. It confirms a recent leak: the game will receive the Wild Hunt Oskoreia Festival.

The festival is slated to air on Halloween. Officially, its details are not disclosed, judging by the screenshot in the update schedule, players will meet with the ghost ship and its inhabitants.

According to the data miners, during the festival, players will take part in a number of challenges, including a tournament, investigate a mysterious murder and complete missions related to honoring the memory of the dead. 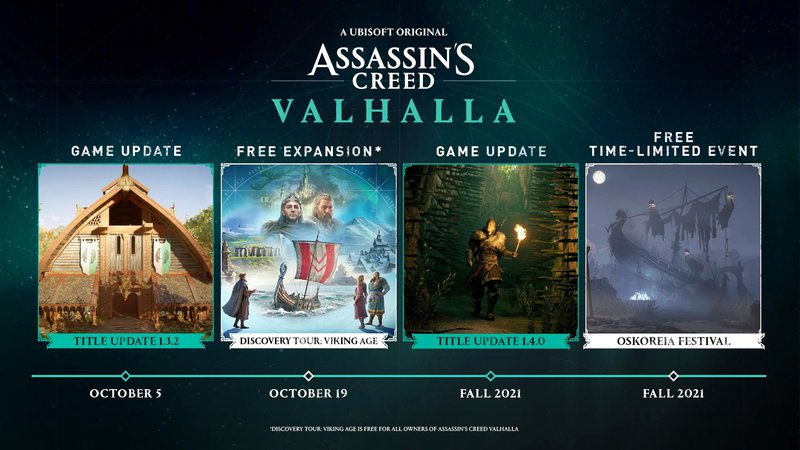 Also, two major updates are planned to be released before the end of autumn. The first of them will be released on October 5, the release date of the second was not disclosed; judging by the screenshots, the second update is somehow related to traps.

In addition, a free guided tour will be released on October 19, allowing you to get to know more about the culture and history of the Vikings. The mode includes many virtual excursions – for example, around Asgard – and battles are disabled in it.

Vyacheslav SHEVCHUK: "Lucescu will want to rehabilitate himself after Bavaria"