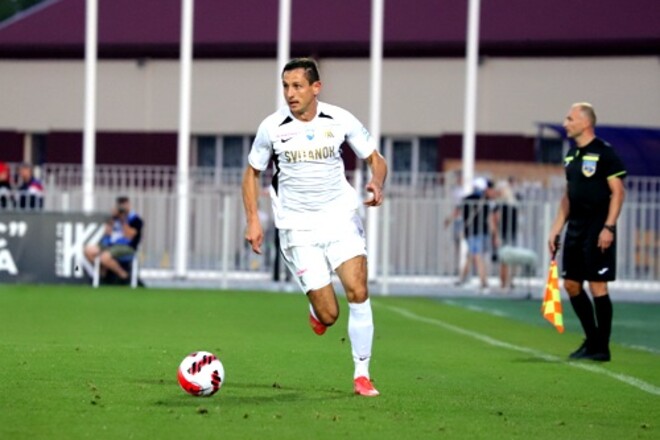 On Saturday, October 2, in Kovalevka, at the Kolos stadium, the match of the 10th round of the Ukrainian Premier League will take place, in which the local football club will host the Odessa Chernomorets.

This was not the way the Kolos players and their fans imagined the beginning of the new season. It all started in the summer with the departure from the Conference League. And then there were failures in the national championship, the apogee of which was a painful 0: 7 defeat to Dynamo and the resignation of head coach Ruslan Kostyshin.

He was replaced by Sergei Kuznetsov, however, he is not doing very well so far. Already under the new mentor, the club from Kovalevka lost two matches at home to Mariupol 1: 3 and Vorskla 0: 1, however, at the same time managed to win at a visit to Ingulets 2: 0.

Particularly alarming is the fact that Kolos scores little. For 8 matches (one meeting with “Minaj” from the 3rd round was postponed to a later date) there were only 5 goals in the opponents’ goal. This is the worst figure among all the participants in the Premier League at the moment. If things continue this way, it will be extremely difficult for the representative of Ukraine in the European competition of the last two years to get out of the bottom of the standings.

Odessans have a different problem. The team allows opponents to score too much. After 9 games played, the sailors have the number 22 in the missed goals column. That is, 2.4 goals per game. By the way, Chornomorets have never finished a game this season.

The coach of the Odessa club, Yuri Moroz, is trying to change something in the line of defense, releasing a different combination of players, but so far all this has not been much brilliant: in five games out of nine, his players conceded three goals, and in three more – two.

The only bright spot is the 3: 2 victory in Mariupol over the home team. However, even in that match, Chornomorets were forced to play the ball from the center of the field twice, not counting the first touch at the beginning of the half, and even to recoup at the same time.

It can also be noted that the Odessa youth have not yet learned to endure and bring the game to a victorious result. For example, in the matches with Oleksandriya and in the previous round with Ingulets, the team conceded goals in the last minutes, losing points because of this.

For Kolos and Chornomorets, this will be their debut match in the Premier League. Interestingly, in the 2018-2019 season, these rivals met in the play-offs for the right to play in the elite division in the next championship. Then Odessans finished in 11th place in the Premier League, and “Kolos” in 2nd place in the first league. In Odessa, the opponents drew 0: 0, and in Kovalevka, the home team won with a score of 2: 0.