Sassuolo – Inter Milan. Prediction and announcement for the match – Serie A of the Italian Championship – 02.10.2021 – Aroged 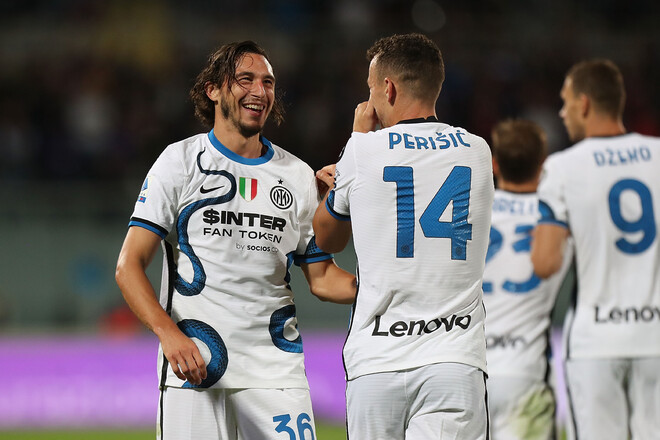 On Saturday, October 2, in Reggio nel Emilia at the Mapei – Citta del Tricolore stadium, the match of the 7th round of the Italian Serie A will take place, in which Sassuolo will host Inter Milan. The starting whistle for the match will sound at 21:45 Kyiv time.

Alessio Dionisi’s charges are in the middle of the Serie A standings. They have 7 points and 12th position. Sassuolo suffered defeats in three games at once, drew once and won twice.

Meanwhile, the start of the season turned out to be encouraging for “nerverdi” – on the road they were defeated “Verona” (3: 2), and in the home meeting with “Sampdoria” there was a draw 0: 0. However, after that, the team fell into a losing streak of three defeats. Disappointments overtook her in meetings with “Roma” (1: 2 in Rome), “Torino” (0: 1 at home) and “Atalanta” (1: 2 in Bergamo). In the last round of today, Sassuolo had a home game with Salernitana, which made them happy with the victory – 1: 0.

According to unofficial data, participation in the upcoming match of Obyanga, Romagna and Tolyan will be questionable until recently.

Simone Inzaghi’s team is approaching a visit to Mapi – Citta del Tricolore as the third team in the Italian championship standings. In six games played, she scored 14 points, not yet knowing the bitterness of defeat. In four matches, “Inter” won, twice was content with draws.

The Nerazzurri entered the season with victories against Genoa (4-0 home) and Verona (3-1 away). After that there was a 2: 2 draw in the away confrontation with Sampdoria. Then the Milanese won two victories again – over Bologna (6: 1 at home) and Fiorentina (3: 1 away). Last weekend, Inter met with Atalanta at home. The game brought an effective draw – 2: 2.

Things are different for Simeone’s charges in the Champions League group, where, as you know, matches have already taken place for two rounds. They started with a 0: 1 home defeat against Real Madrid, and in the middle of this week in Kiev they shared points with Shakhtar Donetsk – 0: 0. Thus, in the quartet N “Inter” is now the third with a lag of 5 points from the sole leading “Sheriff” from Tiraspol.

Of the personnel losses, Inter now has only the absence of midfielder Sensi. Let us remind you that there is no Dane Eriksen in the team now.

We believe that Inter will win this match. Our bet will be the position – W2 with odds of 1.72 on the Parimatch line.

NHL 22: Almost 30 minutes of fresh gameplay from this year's offshoot