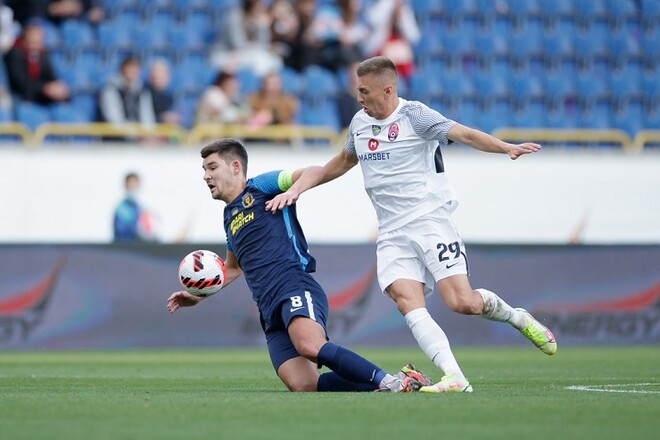 On Sunday, October 3, the match of the 10th round of the Ukrainian Premier League will take place, in which Zorya will host Desna at the Slavutich-Arena home stadium. The starting whistle will sound at 17:00 Kyiv time.

After an unsuccessful match in the League of Conferences against the Roman “Roma”, the Luhansk team switched to the domestic championship. Here, Viktor Skripnik’s charges are doing quite well. And although the team is in the intermediate fifth place in the standings, only one point separates it from the third position.

The last round especially pleased the fans of Luhansk. Then, in the away match against Dnipro-1, the black-and-white triumphs – 4: 0. The defeat of Igor Jovichevich’s team at the “men” was excellent – Kochergin scored a double, Bulets and Shahab scored on the ball.

It should be noted the bright play of “black and white” in the attack. It is interesting that here the main role is played not by any of the attackers, but by the nominal midfielder Vladislav Kochergin. It is he who is now the top scorer of his team with five goals.

It is noticeable that Zorya feels confident enough on the domestic arena. Therefore, in the duel against the Chernihiv Desna, the hosts of the match seem to be the clear favorites.

A season earlier the sign “Zarya” – “Desna” would have intrigued much more. But in the current macrocycle, things are not so bright. This situation was largely due to the confusion in the camp of the Chernihiv team. Many media trumpet about the difficult financial situation in the club, the president denies everything, and the team itself is very unstable.

The last two matches with the Kharkiv clubs turned out to be unsuccessful for the “northerners”. First, in the cup match, Alexander Ryabokon’s charges lost to the first-league Metalist -1: 2, and a few days later they sensationally lost to Metalist-1925 with the same score at home.

The defeat threw the Chernihiv team to sixth place and it will be extremely difficult to rise higher after the fight with Zorya. However, on the Desna side is the fact that, unlike the Zaporozhye battles between Luhansk and the Romans, Desna purposefully prepared for the UPL match. So the team of Alexander Ryabokon, if not stronger, will definitely be fresher than the opponents.

In this confrontation, “Desna” is the underdog. However, the owners should not wait for an easy life. The fight will be tense and, perhaps, gambling people should turn their eyes to a draw.

Enthusiasts fix and improve Diablo 2: Resurrected on their own with mods