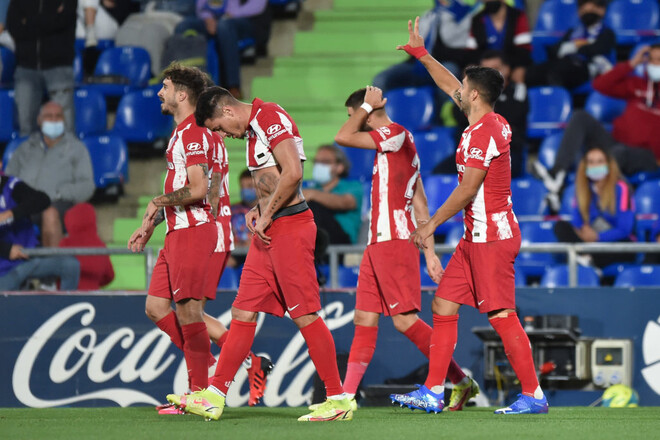 Ingulets captain Mladen Bartulovic made a prediction for the match of the 8th Spanish Examples Atletico Madrid – Barcelona.

Atletico in the previous round of the Spanish Example lost away to Alaves (0: 1), but then Diego Simeone’s side defeated Milan in the Champions League match (2: 1). Barcelona in the 7th round of Examples beat Levante with a score of 3: 0. But then Benfica won 3-0 in the Catalan Champions League in Lisbon.

In the tournament table of the Spanish championship, Atletico is in fourth place with 14 points, Barcelona with 12 points is in seventh position.

These teams met 184 times. Atlético have won 57 times, Barcelona have celebrated success in 81 matches and 46 more games have ended in a draw.

As strange as it sounds, I think Atlético is the favorite in this game. I think the “mattress” will be able to take advantage of the Barcelona crisis and beat the Catalans in Madrid, ”Bartulovic said.

The Atlético Madrid – Barcelona match will take place on October 2nd. The meeting starts at 22:00.

Mladen Bartulovic is a famous Croatian footballer, captain of Ingulets. He played most of his career in Ukraine. Bartulovich defended the colors of Dnipro, Kryvbas, Arsenal Kiev, Vorskla, Karpaty and Volyn. Also, the 34-year-old midfielder played for the Croatian “Hajduk” and the Polish “Medz”.

Sin Chronicle is SEGA's new RPG: the announcement at the Tokyo Game Show 2021

Silent Hill: new chapter financed by Sony and entrusted to Kojima Productions, for an insider