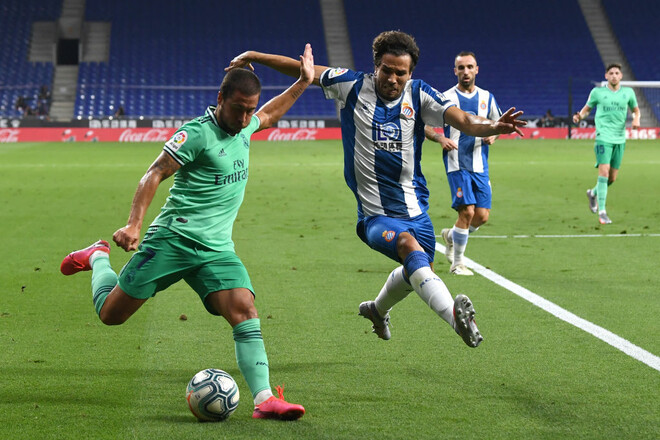 On Sunday, October 3, in Barcelona at the Cornella-El Prat stadium, the match of the eighth round of the Spanish Football Championship will be played between Catalan Espanyol and Real Madrid. The starting whistle of referee Guillermo Cuadra Fernandez from the Balearic Islands will sound at 17:15 Kyiv time.

The Catalan club left the top division of their country for exactly one season in order to turn the victory in the Segunda into a really high-quality expansion of their potential upon their return. Probably, this was the plan of Vicente Moreno’s team, but at the start of the football year, the “parrots” faced a couple of strong rivals, as a result of which they lost a lot of points.

If we talk about the categories of opponents with whom Espanyol had problems, then the “unapproachable” top teams of the country like Atletico (1: 2) and Sevilla (0: 2) are clearly distinguished, followed by more “Accommodating” middle peasants in the form of “Betis” (2: 2) and “Villarreal” (0: 0), but “Alaves” (1: 0) turned out to be a completely surmountable obstacle for Moreno’s team, since the only victory of the “white-blue “At the moment, it was the game against the team of Javier Kayehi. Taken together, all these games brought the “parrots” six points and 15th place in the standings, which can suddenly turn into a position in the relegation zone, and in a line somewhere near the equator.

The rival in the upcoming game for the Catalan team will be a club from the capital of Spain, with which Espanyol has historically developed warmer relations, if we compare the vicissitudes of the same El Clasico. Carlo Ancelotti breathed new life into the “creamy”, but an unexpected tripping in the UEFA Champions League from Moldovan “Sheriff” (1: 2), combined with the lack of goals in the game against Villarreal shortly before, could completely knock the “galacticos” out of the saddles of the leaders of the national championship, where they climbed so rapidly at the start of the season. And then Atletico beat Barcelona the day before (2: 0), so the distance between the neighbors in Madrid seemed to have never happened before.

Real Madrid in the championship, at least at the start of the season, looks too formidable force to allow themselves to give points to teams of the level of Espanyol out of the blue. However, knowing the habit of “blancos” to stumble at the most inopportune moment, it can be assumed that going to Catalonia from old memory will cause certain difficulties for them. At the same time, we are already talking about the upcoming October international pause, so it is definitely not recommended to waste points for each of the clubs.

We believe that in the upcoming game Ancelotti’s team will try to compensate for all the losses of the previous days, so they will try to win in a confident style. Our bet will be position – Handicap. Real (-1) with odds of 2.12 on the Parimatch line.

Madmind Studio has shared a video with the main theme song of Succubus, The game will be released on October 5