When it comes to making a fuss about FIFA, I’m always at the forefront. I have already proven that several times this year. In another column I described the soccer simulation as absolute cheek. And in my test, too, the EA kicker scores below average compared to other game magazines. Simply complaining without having suggestions for improvement is of course not the solution to the problem. How is FIFA supposed to develop if you don’t give the makers constructive criticism? So in this video, for a change, I’ll try to summarize what I would want from a good FIFA. That can be summarized relatively easily: finally make a better career mode!

He’s always been my hobbyhorse. For more than 10 years now, I’ve been looking for a club from the fourth English division at the start of the game and trying to advance to the Premier League with them and then play for the Champions League crown. Sometimes with more, sometimes with less success. It is all the more regrettable for me that EA Sports has always neglected the mode in recent years.

Back to the roots!

Don’t get me wrong: this has at least changed a little in the recent past. FIFA has received a few minor updates all the time: You can now create your own manager avatar that appears in press conferences and interactive transfer negotiations. The player attribute viciousness was introduced, which makes training programs even more important. Development plans and dynamic growth allow you to train youth players even better. And since this year, with Create your Club, the option of creating your own club has been on board again. 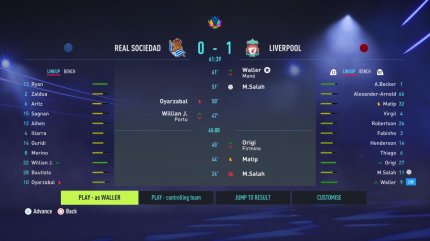 In FIFA 21, the interactive simulation was sold as a major new feature. But they already existed in FIFA 07!

So far, that’s all well and good. But I am firmly convinced that there is more to be done. Why? Because EA Sports has already proven it itself! All you have to do is let your gaze wander a bit into the past. Everything I would want from a FIFA actually already existed. And in FIFA 07. The part that is still adored by fans to this day – precisely because of its great career mode. This 15-year-old game gives you so much more control over your club than the offshoots of the last five years have even remotely managed.

Don’t you think so? Then here’s a little sample: If you create your own club in FIFA 07, then you are not only allowed to customize its coat of arms and jerseys, but also its squad. So you can choose whether you want to start with authentic world stars like Ronaldo and Co. or with specially created players. As a manager, you have the opportunity to land sponsors for your club. They then provide you with additional capital based on your performance. There are fixed payments per game, award prizes, special payments for promotions or trophies and even loyalty bonuses. This not only makes you financially more independent, because you are not solely dependent on transfer revenues and income from gaming operations. It just looks more authentic! After all, advertising and marketing now play a central role in football. The donors don’t even have to be real companies: In FIFA 07 you only had fictional advertising partners on your chest. You could even get sponsored by the local pizza place!

Everything was better before

The possibilities to spend your money again were also so much more extensive in the past: While you in FIFA 22 (buy now 59,99 € /53,99 € ) Only allowed to hire and fire a few scouts, there was extensive staff management in FIFA 07: You could invest money in various departments, improve the skills of your employees and thus unlock bonuses: fitness coaches brought additional stamina, offensive trainers improved them Graduations your striker, a medical department reduced the downtime of injured players. You were even allowed to hire a stadium manager! It upgraded your arena bit by bit, which brought you more spectators and thus more money. Because of course the ticket prices could also be set by hand at the time!

There are also so many nice bits and pieces: Internal memos, newspaper reports or other random events that ask for your opinion keep coming in on your PC. What do you do when there is a riot in the cabin? Do you give the players a tough lecture, do you let the team captain clarify the matter or do you just do nothing at all? Your decision! That seems much more credible than the sparse player conversations by email that are available in current offshoots. Also because the consequences can be much more far-reaching. 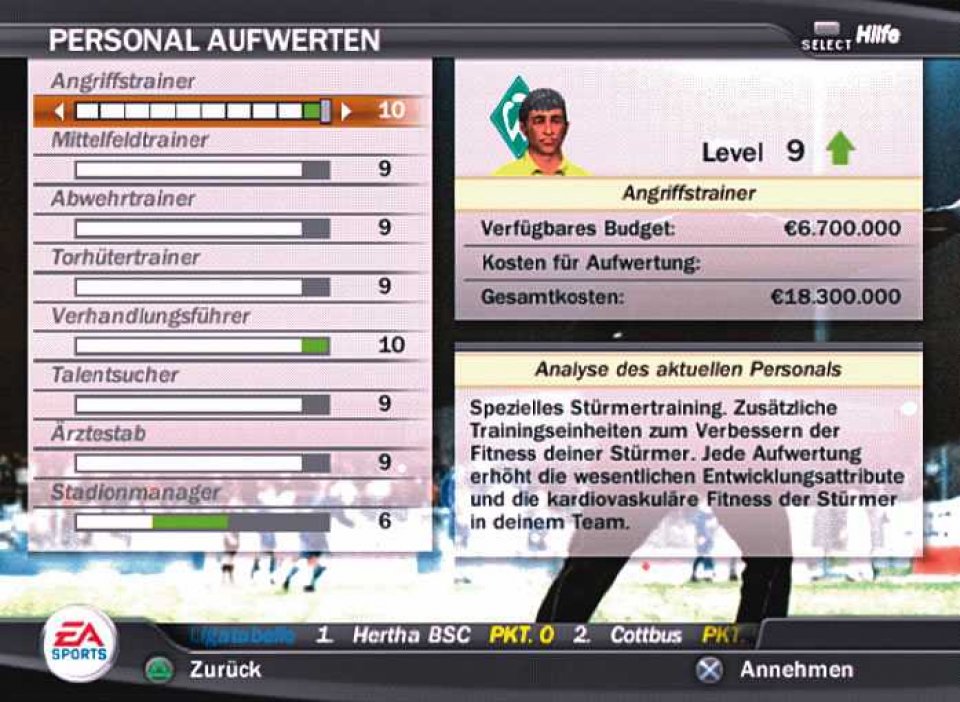 Graphically, FIFA 07 is a real horror today, but in terms of features, modern offshoots of the EA-Kicker can still learn a lot from the oldie.

Of course, FIFA 07 isn’t perfect either. Given its age, however, you can let the game get away with a lot. The situation is different with current series offshoots, which have the same deficits. Why are there still no buyback clauses in transfer negotiations even after 15 years? These are meanwhile commonplace in the real football business, as well as loans with purchase options and exit clauses, which are already available in FIFA. Why don’t I have the opportunity to play with a real coach like Jürgen Klopp? Why is there no video referee? Why can’t I request an increase in the transfer budget from the board of directors? Why does a game only last a maximum of 15 seasons? And why don’t you have an online career mode, Madden NFL does, too! 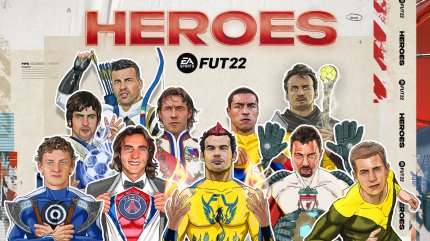 EA Sports focuses on FUT again this year. Most of the working time has apparently gone into the design of new player items.

The answer to that is probably as simple as it is sobering: Because EA Sports doesn’t make any money! Instead of investing time in the offline modes, they prefer to come up with new features and content for Ultimate Team. Because that’s where the coal lies. This is also shown by the development this year: The two central competitions in FUT were revised, open co-op matchmaking was introduced, more options for stadium expansion were added and new game items were once again conjured up with the FUT Heroes cards. The ruble has to roll! And if you look at the numerous pack openings on Twitch and YouTube, then it probably does too. It is therefore unlikely that the makers will set their priorities differently in the future. EA won’t suddenly focus its resources on other things. Many of the items on my list will continue to be wishful thinking. But hey, how do you say it: Hope dies last, as is well known.

Forspoken and the importance of 'magical parkour': the director Terada speaks