The tour was marked by the confrontation between Dynamo and Shakhtar. An interesting and spectacular duel between the two best teams of the country ended in a goalless draw, although both opponents had chances to score goals. As a result, the three-point distance between the first in the standings Dynamo and the second Shakhtar remained. In another high-status match, Zorya defeated Desna without much hassle. Vorskla, having won a third victory in a row, this time over Ingulets, climbed into third place.

Figures and facts. The most important events of the 10th round of the Premier League

The guests’ midfielder Klimchuk became the hero of the match “Mariupol” – “Rukh”. First, Yuri “made” the first goal – the goalkeeper Kudrik repulsed his kick, but right at the oncoming Talles. A few minutes later, Klimchuk already checked himself. And How! He grabbed the ball in his own half of the field, rushed with it to the hosts’ penalty area and beat the goalkeeper in close combat.

Our song is good – start over. For the umpteenth time this season, the head coach of Mariupol, Ostap Markevich, explains the reason for the defeat of his team by the lack of reinforcement. So after “flying in” in the native walls of “Rukh” Ostap Mironovich continued to cut the homespun truth of life: “I have repeatedly said that we need strengthening. Without a serious and substantial strengthening of the roster, there will be games such as against Rukh. One is 17 years old, another is 18 years old. These are kids. Hence the mistakes. That’s all. From their mistakes, they will learn and grow as footballers. This is not their fault, this is a natural process. They have no experience. “

The concept of Mariupol has exhausted itself. Looks like Markevich threw a white flag

Perhaps the ball scored by Dovbik into the Lvov goal can hardly be called football-like beautiful. However, unusual – you need to name it exactly. In addition to the fact that Artem distinguished himself already in the second minute of the match, he did it with a crazy kick from the penalty area line, at a zero angle. Most likely, the goalkeeper of the owners Ilyushchenkov at that moment was either taken by surprise or made a mistake. However, this circumstance does not detract from the merits of the Dnipro-1 forward.

A funny and at the same time sad episode happened at the very end of the Lvov – Dnipro-1 match. On compensated minutes by the second half, the guests’ forward Rusin, having run half the field, rolled out on a “date” with the goalkeeper. Nazariy beat Ilyushchenkov and shot into an empty net. It seemed that the goal was inevitable. But alas for Dnipro, the striker missed. Here is the answer to the question why Rusin is not the main player even in Dnipro-1.

In the 57th minute of the match Kolos – Chornomorets as part of the hosts Sitchinava and Renan entered the pitch. And after a minute (!) This couple scored a goal, which in the end turned out to be victorious. The Georgian striker made a long pass to the center of the penalty area, where the agile Brazilian managed to accurately shoot into the corner of the goal past the goalkeeper of Odessa.

At the beginning of the second half of the match “Vorskla” – “Ingulets” there was an unpleasant episode. In the fight for the ball, Puzlin and Zaporozhets collided. Both players were on the lawn, both had a bloody head. Fortunately, the matter came off with a slight fright. After medical assistance was provided on time, the rivals continued the game.

The most interesting thing in the Veres – Alexandria match happened at the end of the second half. First, the hosts firmly pressed the guests to their penalty area, filing several dangerous corners. And then Alexandria had a destructive moment. In the first compensated minute, Kovalets hit from seven meters, but hit the crossbar.

Already in the opening of the Zarya – Desna meeting, a penalty kick was awarded to the guests. Chernihiv goalkeeper Litovka distinguished himself by attacking Gromov not according to the rules. He screwed up himself, he fixed it himself. Buletz struck well from the “point”, but the goalkeeper of “Siverian” coped with this blow.

In the 77th minute of the match at the Slavutich Arena, Yurchenko made his debut as part of Desna, replacing Arveladze. Ironically, Vladlen played his first match for the new team against his ex. But the midfielder did not have time to mark something significant. 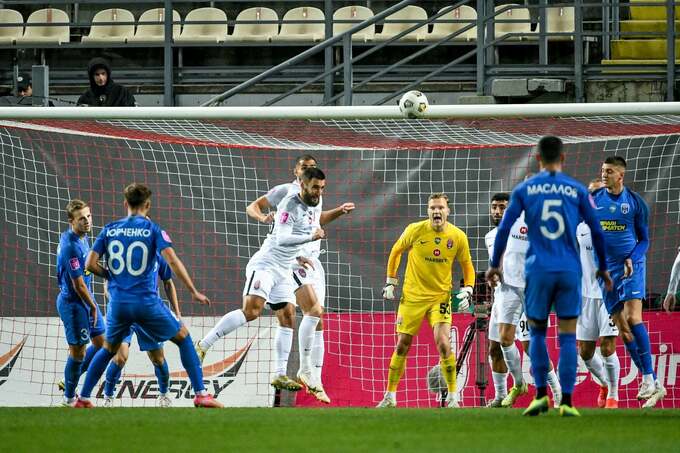 The cherry on the cake of the tenth round was the match at Olimpiyskiy, where Dynamo hosted Shakhtar. Both Lucescu and De Dzerbi faced certain staffing problems on the eve of the game. And they solved them quite interestingly. In particular, the Dynamo mentor on the left flank of the defense released Karavaev (Mikolenko was not even included in the application), and Vitinho was at the forefront of the attack. The Pitmen’s coach had a headache over the only forward – due to Traore’s injury. As a result, Pedrinho played at the forefront of the attack. 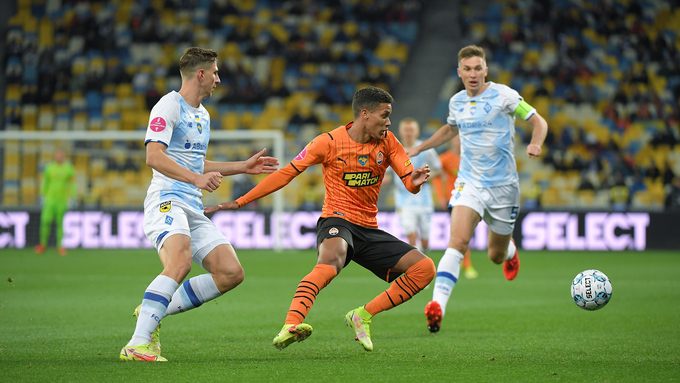 Jubilee, hundredth in a row Klasichne turned out to be “dry”. But this does not mean at all that it is uninteresting. There were moments, moreover, at both gates, and in both halves. In the first half of the meeting, already in her debut, De Pena hit the post. The Pitmen had good chances for Patrick and Marlos. Kievans responded with moments of Shaparenko and Vitinho.

In the second forty-five minutes there was also something to see. Tsygankov had a real chance to open an account – Pyatov helped out. The Pitmen could have snatched a victory already in stoppage time, but the Dynamo team was saved by Karavaev, who knocked the ball out of the empty net after Kryvtsov’s kick. As a result, a 0: 0 draw, which retained the three-point advantage of the White-Blues over the Orange-and-Blacks in the standings.