This week, the National Aeronautics and Space Administration (NASA) Lyndon Johnson Space Center issued a call to industry for new spacesuits. The existing space suits of the American space agency are already several decades old, and new ones are needed both for the International Space Station and for the future Artemis lunar mission. 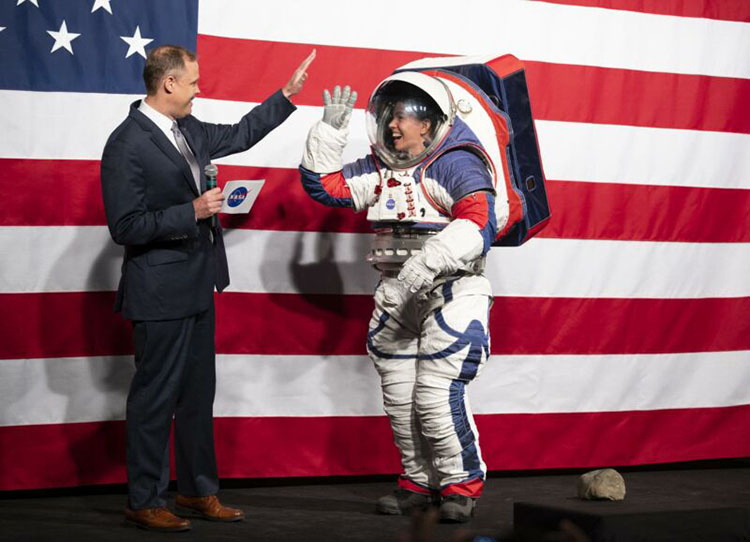 This announcement is important for two reasons. First, with the help of this appeal, NASA can finally solve the problem with the manufacture of new-generation spacesuits, for the development of which the agency has already spent hundreds of millions of dollars over the past 14 years. Second, NASA has shown an interest in more commercializing the procurement process. Basically, the agency plans to rent or buy the suits from manufacturers, rather than build them in-house at a much higher cost.

Over the past 14 years, NASA has implemented several different programs to develop new-generation spacesuits, which have spent $ 420 million, but this has yielded dubious results. Despite the funds and efforts expended, the new spacesuits will never be ready for the landing of American astronauts on the moon in 2024. “The flight-ready spacesuit is still incomplete.” – pointed out in a report published in August, NASA Inspector General Paul Martin, noting that due to the delay in the development of the xEMU spacesuit (Exploration Extravehicular Mobility Unit, Mobile system for extravehicular research), the landing of astronauts on the moon as scheduled take place.

Prior to the beginning of this year, NASA planned to manufacture six xEMU spacesuits with the support of third-party companies, and then enter into a contract for the production of additional copies. But in April, the agency announced that it was considering simply buying the suits from private contractors. Then in July, NASA published a draft request for proposals for the manufacture of a spacesuit from private enterprises, confirming its reluctance to do it on its own.

According to the NASA document, the participants in the spacesuit tender will be able to use technologies developed by NASA for xEMU, or apply their own designs. Astronaut suits must meet a variety of requirements, including the ability to perform up to six spacewalks on the lunar surface during the first lunar Artemis missions. They must also be made of materials such that, after each spacewalk on the Moon, less than 100 grams of lunar regolith would enter the “cockpit environment” on the spacesuit. NASA plans to sign a contract for the spacesuit by April next year.

Pokimane: streaming increasingly problematic? All the fault of the excess of emotes

Epic Games Store: the objectives arrive next week, here are the details

Alexander RYBKA: "We came out self-confident - got a goal"