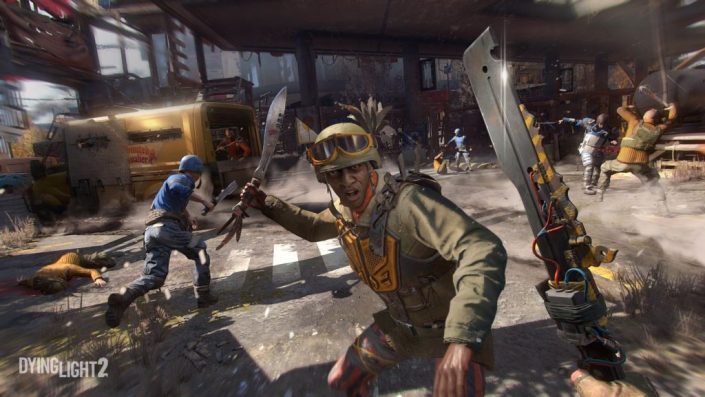 Techland has released a new video for “Dying Light 2”. You won’t get to see coherent gameplay scenes this time. Instead, the developer shows how the soundtrack of the title was created in the clip below.

The composer Olivier Derivière is responsible for the soundtrack of “Dying Light 2”, who has already participated in games such as “Streets of Rage 4”, “Vampyr” and “A Plague Tale: Innocence”. The music for the upcoming Techland game was recorded together with the London Contemporary Orchestra at Abbey Road Studios, among others.

“Thanks to the collaboration between Olivier and Techland’s sound level designers, players will be able to experience the unique soundtrack that changes under the influence of decisions in the game,” Techland said in today’s press release.

The video included below is also dedicated to the adverse recording conditions, which, due to the pandemic situation, meant that individual parts of the orchestra had to act separately. Ultimately, the background music was created in London, Paris and Los Angeles.

„Dying Light 2: Stay Human“ erscheint after a shift on February 4, 2022 for PC, PlayStation 4, PlayStation 5, Xbox One and Xbox Series X / S. You can find out more about the long-awaited sequel in our Topic overview. Below is the trailer for the game’s soundtrack mentioned at the beginning:

Mr. Freeze and the “Regulators” on the new art of Gotham Knights

Gamescom 2022: KRAFTON reveals its plans for the fair