Metroid Dread: Beginner’s Guide with tips to get you started

In our Metroid Dread Beginner’s Guide we make the space trip to the planet ZDR easier for you for the first few hours of play. The pacing in the new Nintendo Switch hit picks up right from the start. The developers of MercurySteam already delivered a challenging and action-packed adventure with the remake of Metroid: Samus Returns for the Nintendo 3DS. With Metroid 5, the hunt for action continues seamlessly on the Switch. Whether annoying EMMIs or the search for familiar standard items such as the morph ball, we will tell you how you can survive the first steps in the space adventure. Reading tip: Our test for Metroid Dread provides you with all the strengths and weaknesses of the Switch adventure.

With these ten tips Samus Aran starts on the planet ZDR in Metroid Dread (buy now € 49.99) properly through.

Anyone who has already played Metroid: Samus Returns on Nintendo 3DS can easily find their way into the Metroid Dread controls. With the left analog stick you aim in all directions while running and fire accordingly. In narrow passages this can sometimes lead to you running into opponents with Samus and taking damage. The pressed L button is helpful here, as it helps you aim without moving. Later you will use the new Omega Beam in the fight against the EMMIs, which you use in a similar way – more on this in the lower section on the EMMI fight.

An essential component in Metroid Dread is the counter. In the case of some attacks by your opponents, it flashes shortly before the execution. At this moment you press the X button on the Joy-Con or your Pro controller. Immediately afterwards you fire with the Y button to kill the opponents instantly. This move 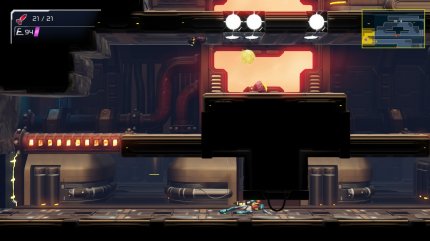 Without a morph ball you slide through the gap by running and ZL-Slide.

Incidentally, it also works for some actions by boss opponents or even for EMMIs. However, you only counter the latter once. Also, timing the robot is quite difficult. We therefore recommend: Practice and use the counterattack with standard opponents. Incidentally, the larger, red beetles on the planet ZDR can also be countered.

Metroid veterans notice very quickly after the first rooms: Where the hell is the morph ball? In Metroid Fusion, players will first find a packet of missiles before taking the morph ball. In the other 2D Metroids, it is always the morph ball that the heroine Samus Aran collects first. You have to work properly in Metroid Dread to upgrade! We don’t want to reveal too much in this beginner’s guide. It takes a good two hours to get the morph ball from an opponent. So you can’t miss the item. Until then, you use the slide with the Run & ZL button to slide through morph ball corridors that are at the same height.

You should use the map extensively, especially for escaping from the EMMIs, but also for general orientation, items and more. In new 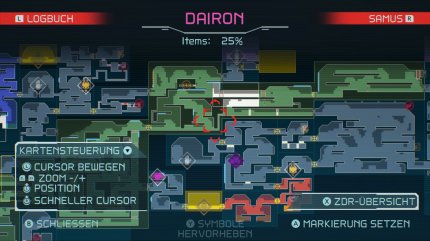 Use the map, especially to study the inputs and outputs of the EMMI areas.

Areas you can always find one of these robots in their own area. You enter the EMMI areas through special doors. The hunters cannot pursue you through this. In general: In new level areas you look for the central unit (red symbol on the map) to charge the omega beam and fight the EMMI. In doing so, however, you sometimes accept a few detours and repeatedly cross the robot areas.

In addition to the usual energy tanks and missile silos (that’s the name of the item in the German instructions for Metroid on the NES), you will also find Missile + Containers in Metroid Dread. These give you an upgrade with 10 more missiles when you collect them. Normal missile containers provide you with two more missiles. An energy tank immediately brings you another 99 energy points and equips you for stronger opponents. In addition, you will also find energy units, of which you will find 4 pieces in order – similar to the heart parts in Zelda – to combine them into an energy tank. We have already put together a guide to the energy tanks, missiles and more for you.

In addition to the usual hot areas, which you can only enter with the Varia Suit, there are now also cold areas directly in the first level Artaria. These also draw energy from you and the Varia Suit doesn’t help here either. Here you use the map, perhaps to quickly cross individual rooms with heat or cold. You won’t find the Varia Suit at the beginning of Metroid Dread either. By the way, you can use individual level devices to partially adapt the climate in certain areas, which offers new opportunities to discover additional items or abbreviations and more.

Escape from the EMMIs

The encounter with the first EMMI introduces you to the mechanics of this panic feature. The sometimes nimble robots patrol certain areas of the levels. When you meet the first of his kind, you will learn how to combat the EMMIs. So you counter the first robot, slide under it by running and ZL and go to the next room. You can find a corresponding one here 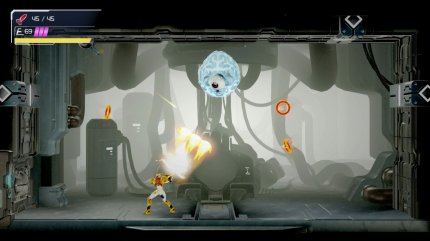 Destroy the central unit to charge the Omega Beam.

Central unit and the omega beam, with which you switch off the EMMI. But be careful: you do an EMMI with it, after which the omega beam is considered used. For further robot opponents in the next sections you will first find the appropriate charging station in the corresponding level. Until then, you will flee the EMMIs. If you leave their areas through special doors, they can no longer follow you.

At the corresponding central units, which by the way remind us a lot of Mother Brain, you kill the opponent there. Then you charge the Omega-Beam and go to the EMMI area. While you killed the first robot with a single shot, things are already different with the second EMMI. The game explains this using the door through which you leave the central unit. You aim at the door with the L button and fire quick volleys by triggering the shot button. Then the door explodes and you go on a robot hunt. Before you charge the beam and blow away the metal head of the EMMI, you have to remove the mask – similar to the door. So find a long corridor and aim in the direction of the EMMI. Now you trigger the shot button until the robot’s mask explodes. Flee a bit if the EMMI is too close. With enough distance you charge the beam when aiming with L through the R button and fire at the head of the robot. If the attack was successful, you will receive an item. In addition, you can now roam the EMMI area without stress. 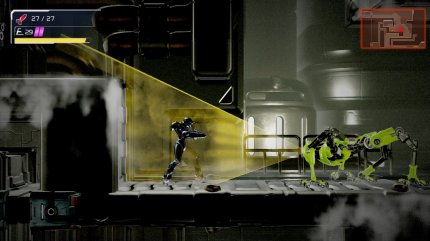 With the phantom suit you hide from the robots.

Without spoiling too much: shortly before the second EMMI, your way in Metroid Dread leads you to a first, organic boss opponent. This has the ability to make itself invisible for a short time. After you have seen the boss in a brilliant fight, you will receive the phantom suit. This feature allows you to remain invisible for a certain period of time. This also works with EMMIs, which then – unless they run into you – cannot recognize you. The phantom suit makes it much easier for you to hunt robots through the EMMI areas. But you should go to a place that does not cross the path of the robot. By the way: With the phantom suit you can also cross special, new doors.

Speaking of new types of doors: With the aforementioned phantom suit, you can cross doors that otherwise close when you enter. In addition to the typical doors that you open with individual beam types, there are also locked passages that you only unlock by diverting energy from other areas. The further development of this Metroidvania feature offers many new possibilities, some of which also adapt the level structures. This refreshes the gameplay, softens the backtracking effect and still has one or two surprises in store.

Xiaomi 12 may come with a very different design than expected

Putin congratulated the winners of the Dota 2 championship