Realme has released a stick on the Google TV platform

When it comes to Google TV, there are two options to start using it. The first is to buy a Chromecast with a Google TV dongle, and the second is to buy a new TV with a built-in platform. Realme decided to simplify this task and offered another option for connectivity – the Realme 4K Smart TV Stick.

Read also: Realme has announced the release date of a smartphone with 125-watt charging 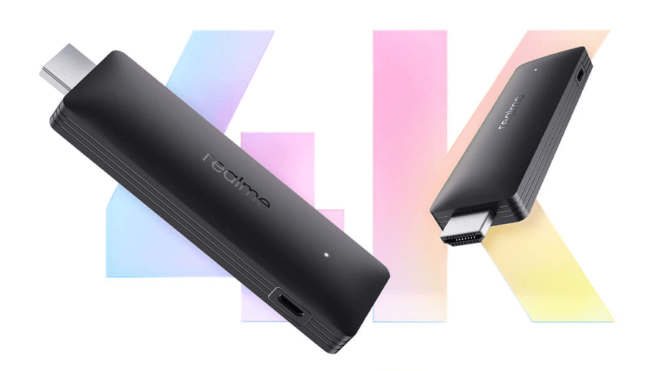 The novelty is made in the form factor of a flash drive, inside which is a chip with four ARM Cortex-A35 cores and a video accelerator with two cores. They offered 2 GB of RAM and 8 GB of storage. Before the release of the Realme 4K Smart TV Stick, rumors were actively circulating on the network that the set-top box would offer 16 GB of permanent memory and thus plug a Chromecast with 8 GB of ROM in its belt. But alas, the product from Realme also received an 8 GB drive. The device offers HDR10 + support and can stream 4K video at 60fps. The gadget has Bluetooth 5.0 and HDMI 2.1, a remote control with dedicated buttons for activating the Google Assistant voice assistant and quick access to Netflix, YouTube, YouTube Music and Amazon Prime Video.

You can buy Realme 4K Smart TV Stick only in India and asked for $ 53 for it.

macOS 12 Monterey comes to everyone on October 25th!