Germany: The most successful games in September 2021

In the course of a current press release, Game, the association of the German games industry, provided the official software charts for September 2021. Last month, the soccer simulation “FIFA 22” secured its place at the top. 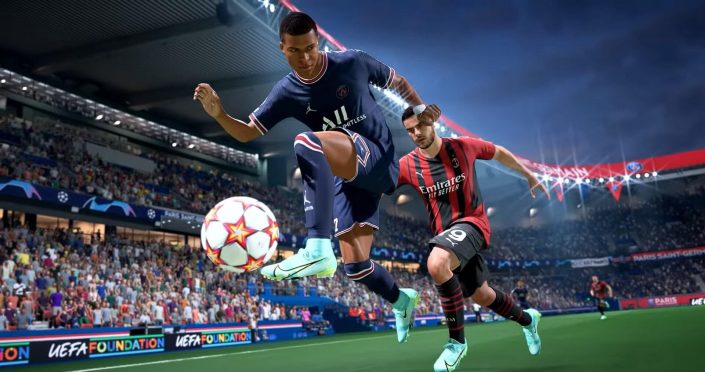 Game, the association for the German games industry, provides us with interesting details and statistics on the German video game market at regular intervals.

In the course of a current press release, Game dealt with the German sales month of September 2021 and published the current software charts for the German market. This shows that Electronic Arts managed to secure the top of the German software charts last month. It should be noted here that “FIFA 22” was actually only officially released on October 1, 2021.

However, buyers of the special editions were given the opportunity to get started at the end of last month. “Mario Kart 8 Deluxe” from Nintendo had to move to the top of the German software charts last month and found itself in second place – followed by the sports title “Ring Fit Adventure”, which was also developed and published by Nintendo , which, like the fun racer, appeared exclusively for Switch.

On the subject: UK Charts: FIFA 22 Defends Top – Just One Newcomer to Top 10

Further newcomers in the form of “Tales of Arise” and the story adventure “Life is Strange: True Colors” can be found in positions four and twelve. In addition, Naughty Dog’s revenge epic “The Last of Us: Part 2”, a PlayStation 4 exclusive, returned to the top 20.

Here is an overview of the complete top 20 of the past month. 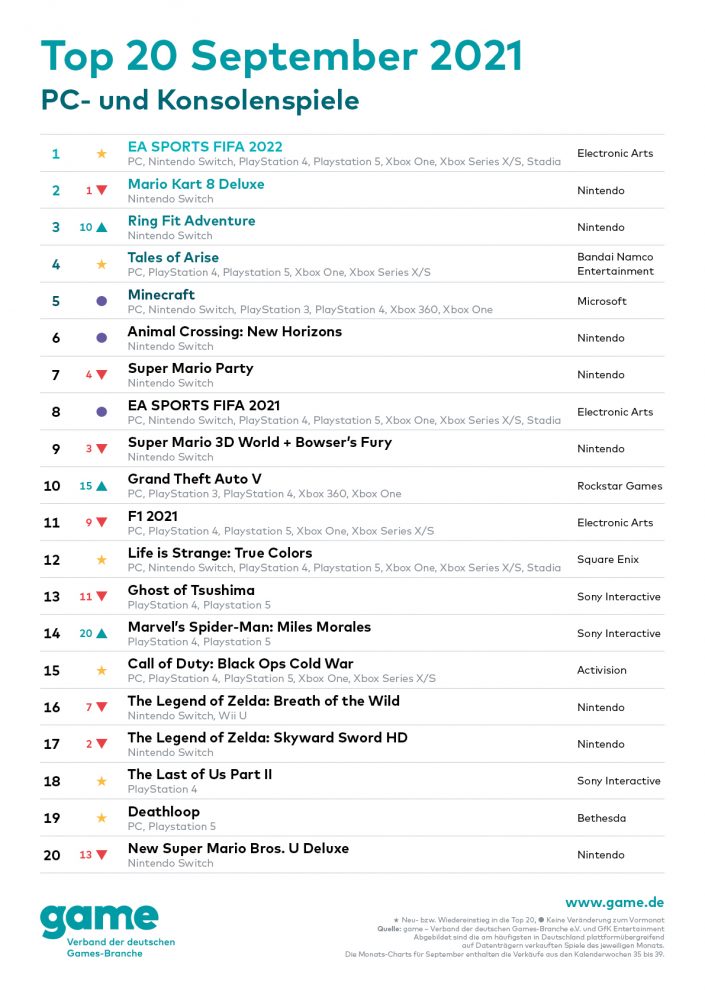 Good news for gamers. Free trials on Google Stadia do not require a platform account