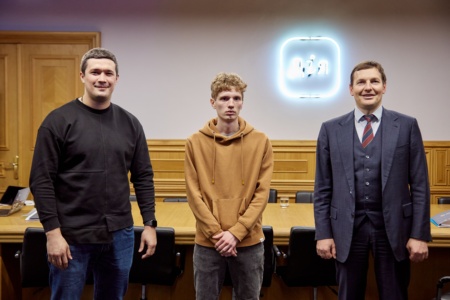 The story from the developer of a fake copy of the application Action, which allowed to create fake documents, received an unexpected continuation – the Ministry of Culture decided to take a 21-year-old resident of Zaporozhye to “re-education in IT.” In court, he will work on social projects in the Ministry of Finance, reported the press service of the department.

“The guy turned out to be a little shy, but very smart, well-read. He has already worked as an arbitrator, knows how to program and collects all the design in Figma. So we decided to give him a chance to recover. One of his first tasks is to develop various designs of social advertising in support of vaccination and against alcohol consumption by young people. Let’s appoint a curator in the Ministry of Finance who will supervise the work. Let’s try to direct his skills in the right direction “

The Minister also noted that despite the opportunity to correct, the young man will be punished by a court decision. The sanction of the article of the Criminal Code of Ukraine, under which criminal proceedings have been opened (Part 2 of Article 361 – unauthorized interference in the operation of computers, automated systems, computer networks or telecommunication networks), provides for up to six years in prison.

Trailer and details of Toma, the next hero of Genshin Impact