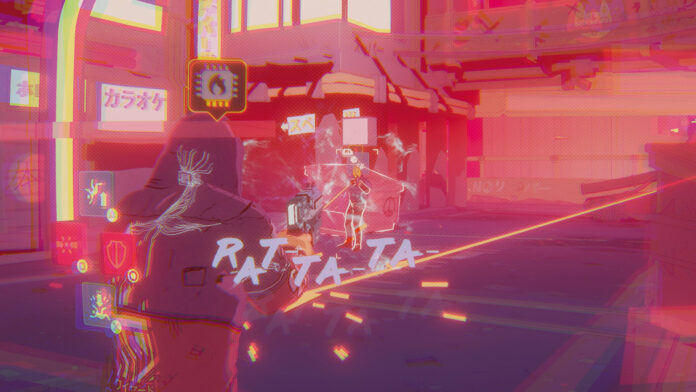 Even Foreclosed wants a piece of the cyberpunk cake and relies on snippets of stories in comic form as well as an unusual color scheme – it is less gloomy and more “rosy”.

So you explore dystopian environments as part of an “innocent persecuted” story, sometimes use your hacking skills, have to deal with annoying sneaking passages and shoot at enemies that you best keep at a distance. In terms of play, it is often a bit bumpy, but as a complete work it is acceptable over its three to four hours of running time.

Short cyberpunk action adventure with an interesting look, but playfully quite mediocre.