Last month, Toyota Motor unveiled the bZ4X electric crossover, which will be offered globally from next year. Since it has been developed jointly with Subaru for several years, this Japanese brand also did not delay the premiere of the Solterra soplatform crossover, which differs from Toyota’s novelty mainly in nuances. 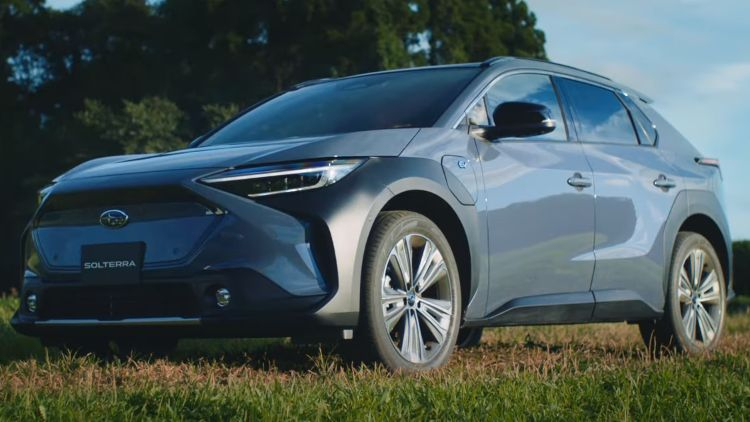 Demonstration Subaru Solterra is scheduled for next week, the electric car is to be shown at the site of the Los Angeles auto show, but in the meantime, the Japanese manufacturer has demonstrated the appearance of the novelty and published specifications. They largely repeat the parameters of Toyota bZ4X, and in general, electric vehicles differ in nuances such as the design of a false radiator grille or the shape of fog lights.

The wheelbase of 2850 mm with a total body length of 4690 mm allows you to combine moderate overhangs with plenty of room for riders, but the placement of the traction battery under the floor of the cabin, although it had a positive effect on weight distribution, increased the curb weight of the crossover to 2295 kg in all-wheel drive design. By the way, Subaru separately emphasizes that when testing passive safety, special attention was paid to the protection of high-voltage equipment. 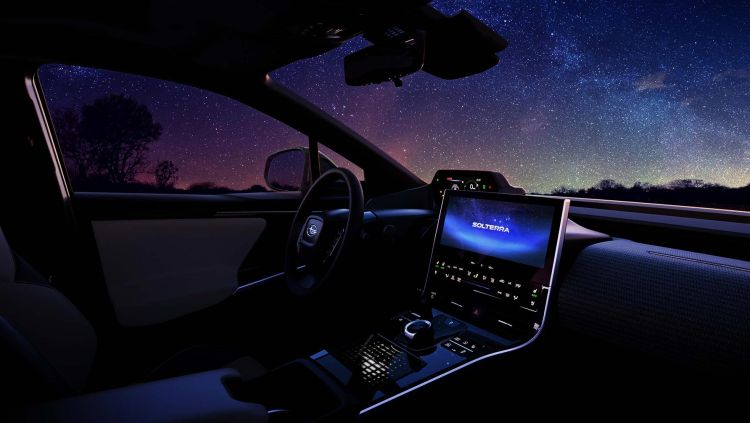 The Subaru Solterra crossover will be offered both in a front-wheel drive version with one 150 kW electric motor, and in an all-wheel drive version with two 80 kW electric motors on each axle. The traction battery with a capacity of 71.4 kWh has an operating voltage of 355 volts, supporting charging from an AC mains using a 6.6 kW device, or from a DC network using a 150 kW device. Naturally, in an alliance with Toyota, it was Subaru’s specialists who were responsible for setting up the all-wheel drive system, so Solterra has no less advanced capabilities in this area than the twin with the Toyota logo. 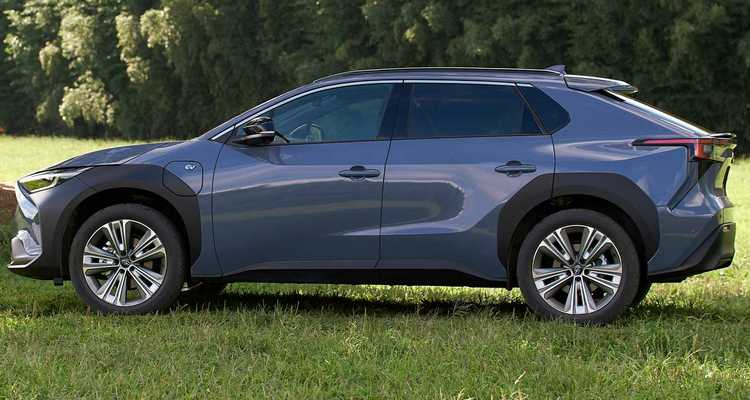 Depending on the type of drive, the range of the crossover can reach 460 km according to the WLTC cycle for the all-wheel drive version, or 530 km for the front-wheel drive. The panoramic glass roof can be replaced with a solar panel to help power the onboard equipment while stationary and charge the traction battery a little. The new Subaru will go on sale in Japan, USA, Canada, Europe and China by the middle of next year. Prices and configurations will be announced at a later date.

For mobile, AMD Zen 4 processors will offer up to 16 cores paired with 5nm manufacturing technology

Analytics: in 2021 the Russian gaming market will hardly grow, and the PC share will fall