New World: Players offer their help to the developers 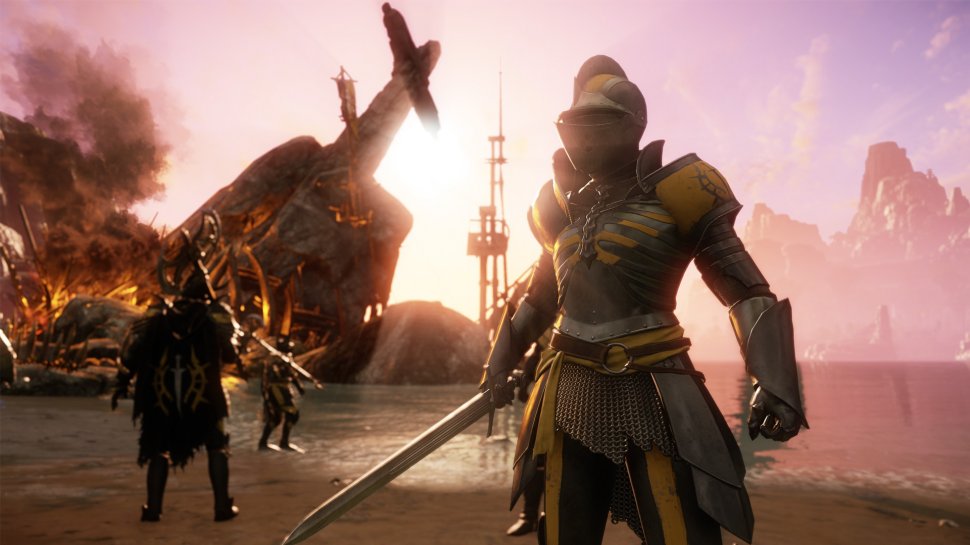 The team from Amazon Game Studios Since the launch of New World, some updates and hot fixes have been released to fix the biggest bugs and get other problems under control.

But as the reaction to the November update has already shown, the fans are anything but satisfied with the current state of the MMO. Now there is a nicely meant one Offer of help from the ranks of the community.

In the official forum First the user “LuzipherMST” spoke up to summarize the current status of the game. He made a list of all the things that many players currently do spoil the fun of New World (Bugs, lack of communication, exploits, etc.). But then he formulated an offer:

“However, there will hardly be people sitting here who say ‘The game is poop and I don’t want it anymore’. Quite the contrary: We want to help! We want the game to be good and that we all have fun with it, and that New World (buy now 39,99 €) becomes a fantastic MMO. So is there an opportunity to talk more closely with you guys? If necessary, to help you in other ways? Can you maybe take some pressure off you elsewhere? Or be more involved in the planning? “

How are the reactions to the offer?

There are now numerous replies in the thread. Some of the players vote for “LuzipherMST” and also offer their help because they haven’t given up hope yet. Others, however, see it a little more differentiated. You see They see the feedback in the official forum as sufficient help for the developers, but in their opinion it is not addressed often enough.

What do the developers say?

Meanwhile one of the Community staff reported to have their say and thank you for initiating this discussion. He can understand the attitude of the players. The feedback in the forum – including the reporting of problems – is very helpful for the development team.

However, there is a lack of precision when describing the errors. If this point were to improve a little alone, it would be of great help. Unfortunately, he did not respond to some of the other suggestions.

00:57
New World: Trailer introduces you to the “Unheil” update in more detail

Twitch will begin telling streamers the reasons for their ban

For The King 2 announced for PC, is a roguelike RPG with turn-based combat