Something We Made’s TOEM has an impressive 99% Steam rating. And you know what? She fully deserves it! We will tell you in the review how this little adventure attracts.

TOEM talks about a big trip. The main character leaves his native village, armed with an old camera, to return to his grandmother with a photograph of an amazing phenomenon called “Toy”. In this world, it is truly unique and magical, and in the end of the adventure you will find out why.

The path of the protagonist will pass through several locations, where strange characters and intricate trials await him. They will happily give out stamps for the assistance they receive: they, in turn, are required to receive a token for a free bus ride to the next stop. In general, like it or not, you have to delve into the problems of the locals and help them. All-all quests are optional: a token will be issued for completing about half of the tasks. 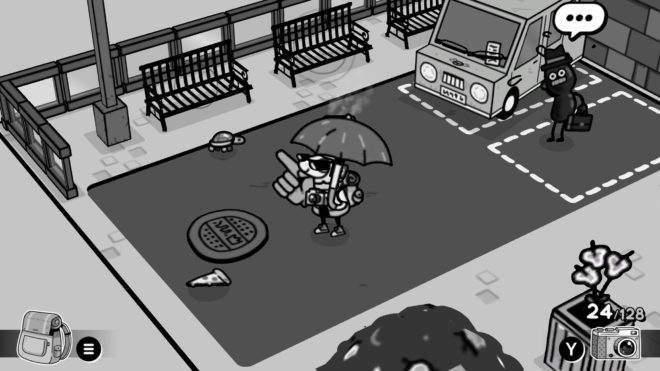 However, you will probably want to close all the missions, because many of them are very funny: you either start helping the ghosts lost in the big world, then go in search of a balloon at the request of his inconsolable parents, then put on a reporter’s hat and act as a paparazzi on a fashionable show. Quite a few tasks are related to the assignments of the local photographers guild, who ask to capture certain scenes and objects.

Many quests are interconnected, so if you get stuck on a quest, don’t worry – you may be able to return to it later. For example, in the first location where the protagonist arrives, he is asked to photograph a local hotel so that the entire building is visible. This will not be possible until the mission to find the flying, hmm, cones, which will move the log, blocking the path to the right place for a good angle, is completed. 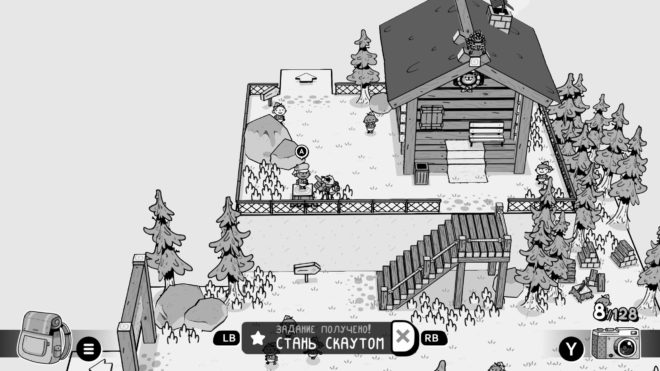 The descriptions of some of the assignments are rather vague, and this is perhaps the only drawback of TOEM. Sometimes it is not easy to guess what the game wants, and as a result you have to wander the streets and meadows, take pictures of everything in the hope that the quest giver will like the picture. More transparent conditions for completing tasks or hints would not hurt here. Although in most cases it is enough just to take a close look around, in some missions I was “lucky” to hang for a long time.

If you want to do something else besides completing quests, TOEM can offer a photo hunt for local animals. It is full of various worms, birds and bugs, and the game gives out a separate achievement to those who find and take pictures of all the pets of the development team – a very nice achievement. 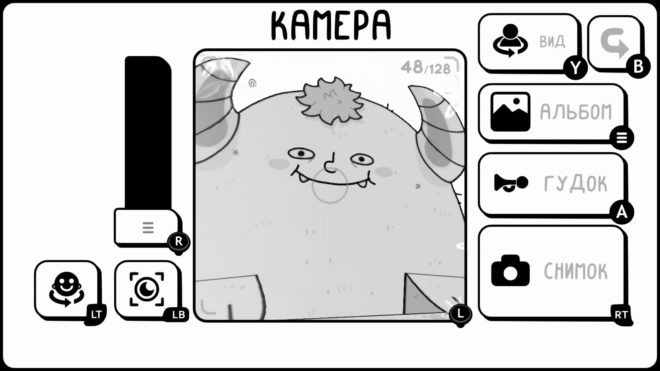 The camera functions are fun to play with: not only can you zoom in, you can, for example, take selfies using different emotions. Gradually, the protagonist acquires new opportunities: a horn will help scare away birds, a tripod will make it possible to take photos at a distance, and climbing equipment will allow you to climb steep cliffs.

In addition, in the game world there are many hidden chests with items of clothing, mysterious space cubes and fantastic creatures that can be photographed only after fulfilling special conditions. It is impossible to get lost in compact locations, and the funny scenes played out by the characters make you smile. 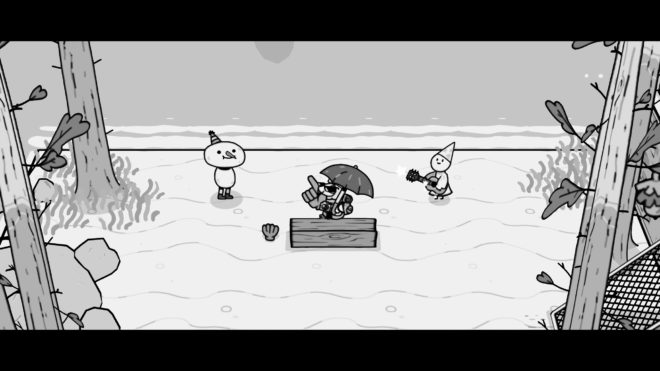 TOEM takes about two to four hours and does not have time to get bored. But it gives sincere emotions and relaxes great: the game provided me with two great evenings and helped clear my head of unnecessary worries. And it’s even a pity that the adventure ended so quickly – I would like to spend a little more time in a beautiful black and white world.

Sometimes job descriptions are too vague