CD Projekt will reorganize the digital PC games store GOG – it became known that the company was losing money on it. The site will return to what made it popular in the first place.

The store was launched in 2008 as Good Old Games with a focus on a carefully curated collection of DRM-free old games. Over the years, it has become more similar to other traditional online game stores such as Steam and the Epic Games Store.

However, during the CD Projekt report for the 3rd quarter of 2021, it turned out that GOG was unprofitable – since the beginning of the year, the company lost $ 2.21 million on it, while last year for the same period, profit was $ 1.37 million.

CD Projekt CFO Piotr Nielubowicz said: “As far as GOG is concerned, its performance is indeed a challenge and we recently took steps to improve its financial position. First of all, we decided that GOG should focus more on its core business, which means offering carefully curated games with its unique DRM-free philosophy. In accordance with this approach, changes will be made to the team structure “. 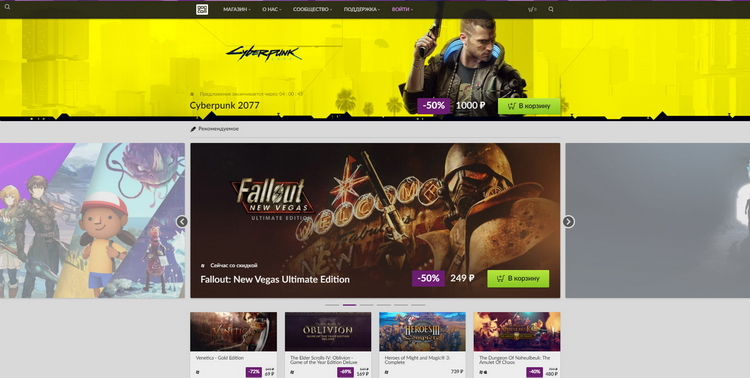 Some of the GOG employees who worked on the online solutions will be reassigned to other divisions of the company, according to Nelyubovich. GOG will also exit the Gwent consortium project: “This means that he will not bear his share of the costs and will not receive a corresponding share of the income associated with this project.”.

Nelyubovich concluded: “Along with all these changes that we initiated through the organization of GOG’s operations, we believe that all the changes we make will allow GOG to focus more on its core business and improve its financial performance in 2022.”.

Starfield in music: the Bethesda soundtrack arrives on Spotifdy and iTunes