At a press conference dedicated to products based on the Fantasy One graphics processor, the Chinese company Innosilicon presented at once four graphics accelerators of its own design, including dual-processor solutions, as well as its own “analogue” of the GDDR6X video memory. 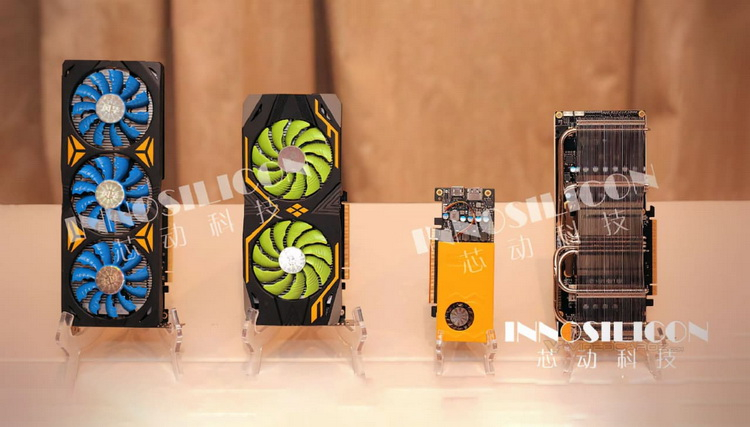 The Fantasy One graphics chip presented by Innosilicon, which formed the basis of its four video cards, was developed on the BXT architecture of the British company Imagination Technologies.

The Innosilicon Fantasy One Type A series video cards are positioned as solutions for the consumer market and workstations. At the same time, the GPU itself uses a chiplet configuration at its core. Unfortunately, no Chinese news outlet provides detailed specifications for this GPU. 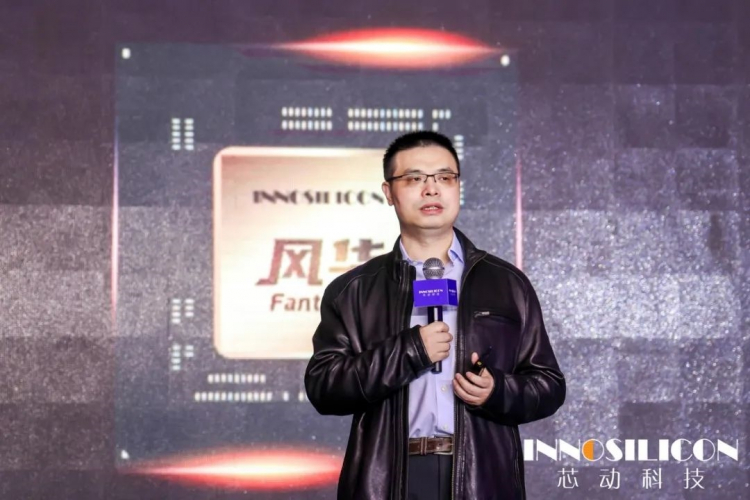 According to Innoslicon, Type A graphics cards based on the Fantasy One GPU deliver up to 5 teraflops of single precision operations and a fillrate of 160 Gpix / s. NVIDIA GeForce GTX 1660 has approximately the same performance. Chinese accelerators are equipped with DisplayPort 1.4, HDMI 2.1 and VGA connectors. The cards received up to 16 GB of GDDR6 (X) video memory with a 128-bit bus width. The company itself calls the memory standard it developed GDDR6 / GDDR6X.

Since GDDR6X memory was and remains an exclusive technology from Micron, which allows it to be used exclusively in NVIDIA Ampere graphics cards, the Chinese Innosilicon had to develop its own analog. The company has worked seriously on pulse-amplitude modulation (PAM4), eventually achieving jn chips with an effective frequency of 19 GHz, just like the Micron memory. However, the disadvantage of the Innoslicon solution is the narrower memory bus, which ultimately negatively affects its maximum bandwidth. Its threshold is 304 GB / s – something between the memory capabilities of the Radeon RX 6700XT and Radeon RX 6600XT video cards.

The image above shows the Innosilicon video card based on the Fantasy One Type A chip. This is the initial segment of graphics accelerators based on this GPU. It has a smaller amount of video memory than the two-fan model (in the images below), but the manufacturer did not indicate more similar characteristics of the new products.

More powerful Type B video cards were also presented. The model with three fans uses two Fantasy One GPUs at once, united by a bus called Innolink. The company claims performance up to 10 teraflops in single precision operations and fillrate up to 320 Gpix / s for the accelerator. This compares to the GeForce RTX 2080.

This card will be able to offer up to 32GB of GDDR6 (X) video memory, with support for a 128-bit bus per GPU. The video card has support for the PCI 4.0 x16 interface. Also, the novelty was released in a version with passive cooling, which is designed for use in server racks with powerful case fans.

All graphics cards featured support a variety of graphics APIs including OpenGL, OpenGL ES, OpenCL, Vulkan, and DirectX. The most interesting is the support for the latest standard, but the company does not indicate which version of DirectX is supported by its accelerators. 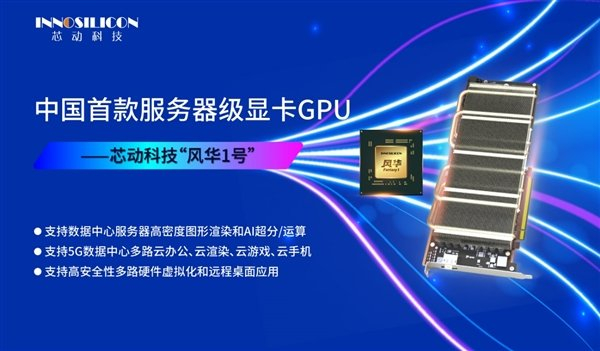 Chinese news media reported that the performance of video cards was demonstrated, among other things, in the synthetic gaming benchmark Unigine Heaven OpenGL. Unfortunately, none of the sources posted photos of the test results.

At the event, Innosilicon also announced that it is already developing GPUs for the Fantasy 2 and Fantasy 3 families. They will be unveiled next year. For their release, the Chinese company plans to use a 5-nm manufacturing process. What technical process is used for the newly presented video cards, the manufacturer did not say. 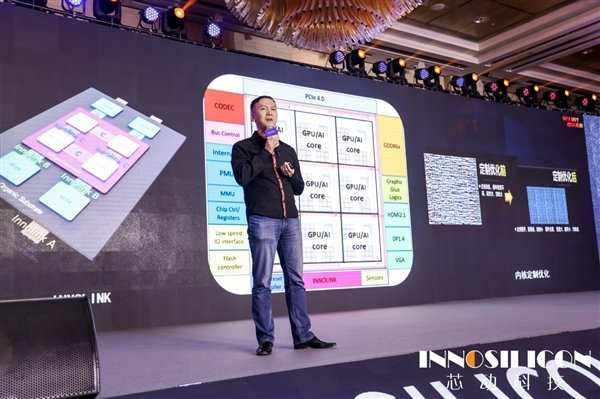 The diagram in the center shows that the Fantasy One GPU uses 9 graphics cores.

Imagination and Innosilicon announced a partnership last October. Imagination has confirmed that it has licensed its BXT graphics architecture to a Chinese manufacturer. 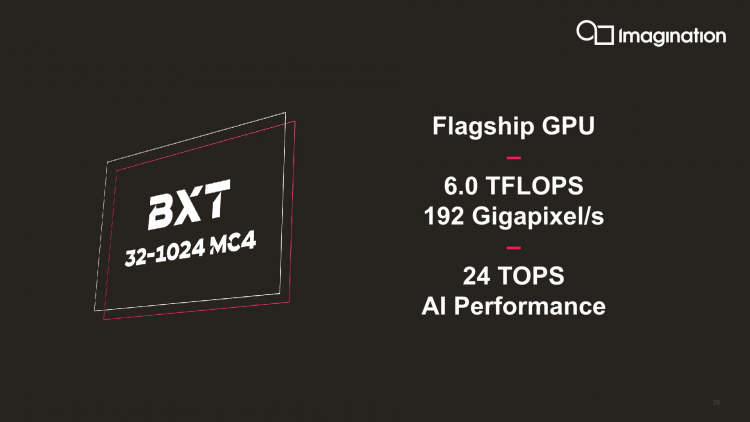 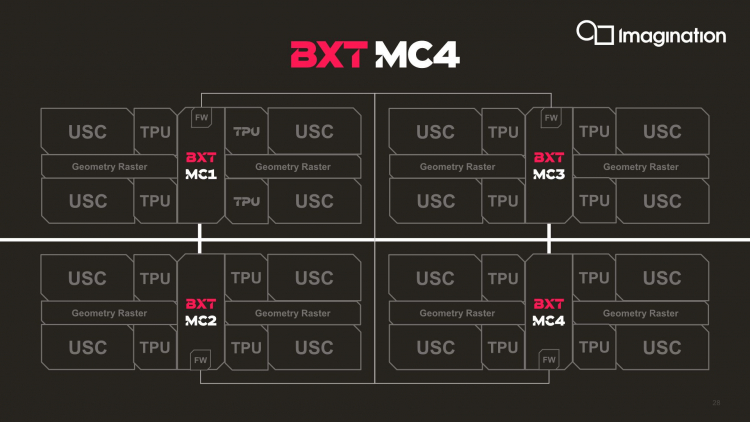 Imagination processors, according to its presentation, will be able to provide up to 6 teraflops of performance in single precision operations, which is slightly higher than the Fantasy One chip from Innosilicon.

Cyberpunk 2077 on Xbox Game Pass or PlayStation Now? It's too early, says CDPR