Call of Duty Warzone: Caldera update with new gameplay – that’s what you can expect 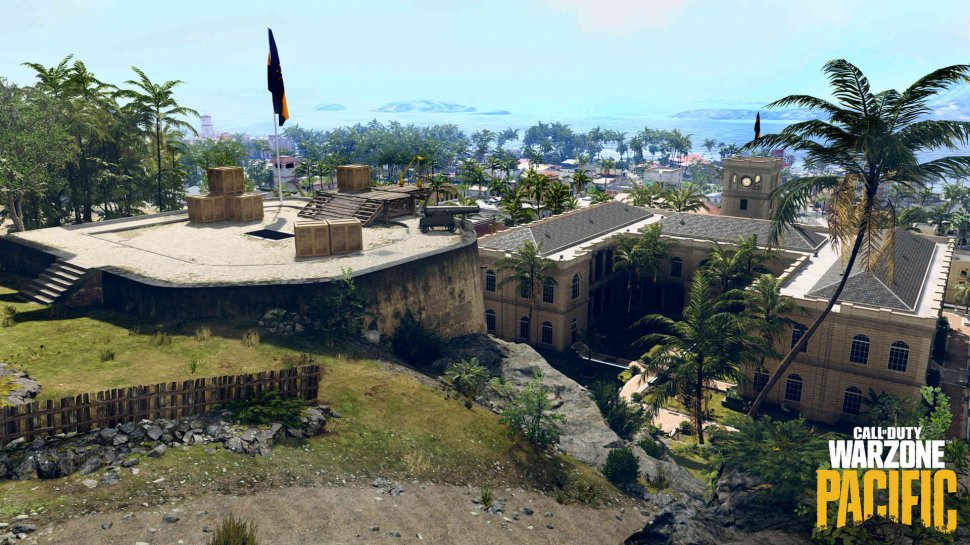 A few days before the start, Raven Software shows the new caldera map from Warzone. In a recent entry on the PlayStation blog, the developers promise “a new era of tactical combat on a massive scale”. The starting shot will be given on December 8th – initially for owners of Call of Duty Vanguard. One day later, all other players start on the new Pacific island. It all starts with a “dedicated playlist full of new vehicles, the introduction of Vanguard weapons, and more. There’s a lot to see as we kick off another epic year of free content”.

Caldera is divided into 15 areas, as a map overview shows – over waiting for you 100 Points of Interest. In the naval arsenal, for example, you fight your way through a sprawling port located in the north of the map. The developers promise a “strategic mix of indoor and outdoor areas” with unusual special locations such as the deep dry deck basin and the radar field. In the freshwater lagoon, on the other hand, you can see an old lighthouse, which gives you an ideal view over the shallow bay and the huts. In the capital of Caldera, on the other hand, historical buildings await, one lively city center as well as yacht clubs and a beach bar.

New screenshots for the caldera map in Warzone. (1) [Quelle: Activision]

With the start of Season 1 on December 8th, all Call of Duty: Warzone (buy now 42.01 €) Access Vanguard content including 40 weapons, new operators, business cards and more. “Between Vanguard and Warzone there will be cross-professional and you can level up with season prestige and unlock new content in the Battle Pass system, the challenges and in the store for new Vanguard content in both games,” write the developers.

In addition to a Vanguard Royale playlist, there is also a Season 1-Starts Feier also a “one-time only valid for one day” Rebirth Island playlist. Here you play Resurgence and Mini Royale. “After that, everything will become a caldera,” write the developers. Further: “This season, Featured Playlists will return to Rebirth Island for Resurgences and other game modes, and there will be new time-limited modes for Caldera such as Vanguard Plunder, Vanguard Resurgence and other festive surprises.”

01:06
Call of Duty Warzone: Trailer introduces the new caldera map – this is the Verdansk successor

Gulag: If you win a match in the gulag, you return to the map with the equipment that you had before the duel.

Balancing adjustments: At the start of the caldera map, the developers allow dead silence, among other things, while stopping power rounds disappear. Stun Grenades, Heartbeat Sensors and two-handed melee weapons are also being modified. Buffs are again planned for lethal and tactical equipment.

Adjustments in speed: Loadout Drop Markers can only be obtained from purchase stations if the loadout drop event in the game is paused. That makes it more important to collect the loot in the game.

Changes to the gas masks: With the start of the new Warzone chapter, gas masks should no longer disrupt as many activities as before. In addition, the season brings gas canisters, which emit poisonous gases in a small radius in the event of an explosion.

New contracts and events: Also included are new contracts such as the supply drop contract and the big game bounty. “Public events like Restock and Resurgences from Rebirth Island are also coming to Caldera,” the developers promise.

Shallow water: The areas of the lagoon allow new gameplay. This makes it harder to see your opponents’ footprints. The fire-based equipment also emits smoke when you walk through water with it.

Pages of games from EA, Ubisoft, Bethesda, Sony, Rockstar, 2K, Techland and others return to Russian and Belarusian Steam

Wholesome Direct 2022, there is the date: the Indie appointment is back even without E3

Deep Rock Galactic Coming To PS4 And PS5 In January 2022