Halo Infinite is being advertised in Moscow: photo

Banners assure that it’s time to become a hero.

Banners assure that it’s time to become a hero.

An advertising campaign for Halo Infinite has begun in Russia. The promo for the game appeared on several Moscow venues: in particular, it can be seen on the large LED screen of the Oktyabr cinema.

About launching an advertising campaign told Alexander Startsev, PR manager of the Russian division of Xbox. Alexander did not specify whether Halo Infinite banners will appear on other advertising platforms. 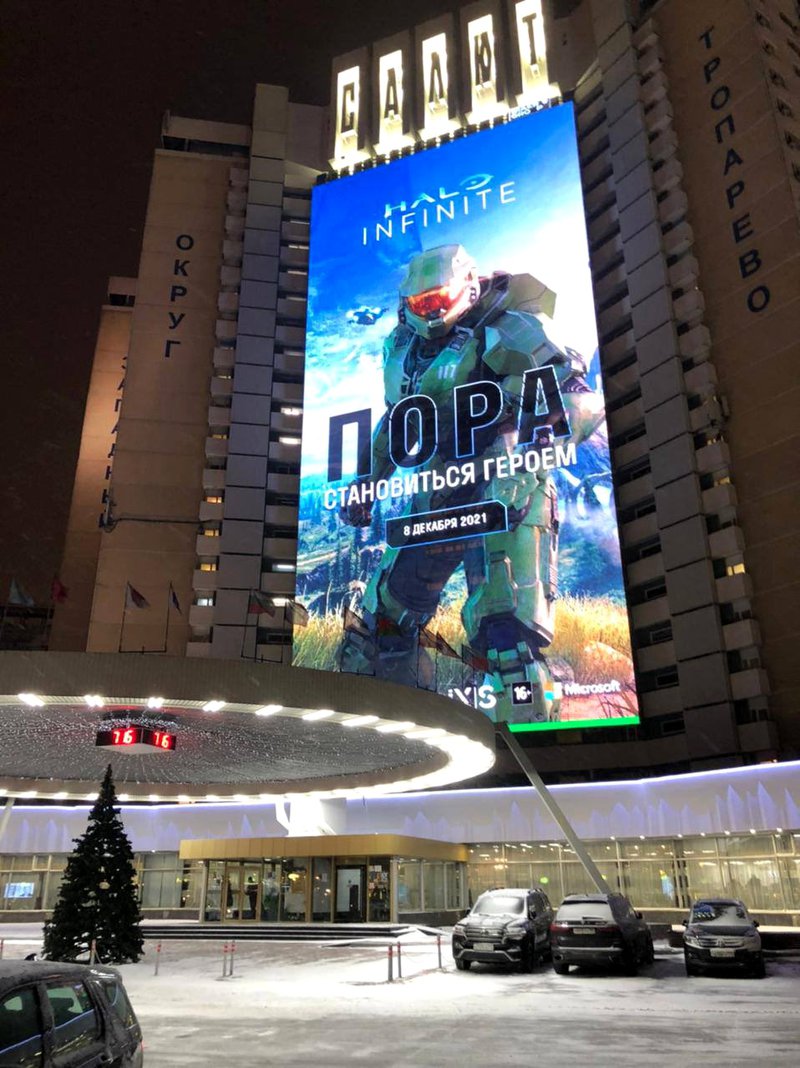 Halo Infinite will be released on PC and Xbox on December 8, 2021.

TV with Salyut TV - more than just a TV

Thriller Twin Mirror from the authors of Life is Strange made it to Steam, where it is temporarily offered at half price