Xbox Game Pass: all games for December 2021, it’s the month of Halo Infinite

Microsoft is preparing to close 2021 with a flourish with yet another memorable wave of games for Xbox Game Pass. The star of the month of December is unquestionably Halo Infinite, which is finally on the market after a very long postponement of a year, but the new adventure of Master Chief is certainly not the only source of interest in the new update. For those looking for something new there are ANVIL, Archvale, Rubber Bandits e Space Warlord Organ Trading Simulator, all ready to debut on day one, while for Eiichir pirate lovers? Oda there is the musou One Piece Pirate Warriors 4. Those looking for different experiences than usual can give themselves to mowing lawns with the first lawnmower simulator, Lawn Mowing Simulator, while Among Us has all the credentials to make festive evenings with friends even more fun. Let’s go and discover all the games coming during the first half of December in Xbox Game Pass!

December 2nd: an avalanche of games!

It is almost impossible to keep up with all the games arriving today 2 December, led by three novelties that show up in the Game Pass on day-one. The first is ANVIL (Xbox and PC), a cooperative roguelike shooter with an isometric view. In the shoes of a “Vault Breaker”, you are called to hunt down the monsters that haunt the Galaxy and find new artifacts (there are more than a hundred!) to enhance your combat skills. Each galaxy is made up of randomly generated planets and vaults, populated by ever-changing bosses and enemies. It follows Archvale (Cloud, Xbox and PC), a bullet hell with RPG elements set in a pixel art world populated by immortal creatures born at the behest of an ancient cursed king. Your mission is to travel through various regions, build better and better weapons and equipment and defeat the numerous enemies that separate you from the truth about the legendary arch called Archvale. Complete the triptych of the news of the day Rubber Bandits (Cloud, Xbox and PC), a fun party game that invites four players to give it their all in hilarious physics-based combat with the aim of getting their hands on valuable stolen goods. Levels like the Bank, the Museum and the Pier are completely destructible and full of wacky tools that you can use to take out the fierce competition from other player-controlled bandits.

It’s not over here! Today 2 December it is also up to Lawn Mowing Simulator (Cloud, Xbox and PC), the only simulator that allows you to operate a vast assortment of real existing lawnmowers from manufacturers such as Toro, SCAG and SRIGA. Your job is to care for the grounds of a bustling British countryside town by carefully choosing blade height, measuring engine load and customizing mowers with new accessories and enhancements. In Career mode, you are also given the opportunity to build a business from scratch and lead it to success. Final Fantasy XIII-2 (Xbox and PC), for its part, catapults you three years after the events narrated in the thirteenth chapter of the iconic JRPG series: in the role of Serah and the newcomer Noel, you have to find out what happened to Lightning by exploring large scenarios that can be modified via the mechanics of time travel. The gameplay, once again based on the tried and tested combat system Active Time Battle, however, is enriched by new mechanics such as Instant Actions, the Chronoradar and the possibility of recruiting up to 150 different types of monsters in your team. Stardew Valley (Cloud, Xbox and PC), one of the most famous independent productions of the last decade, is instead an open-ended RPG that invites you to embrace the country life. After inheriting a farm, you will have to start a new life by taking advantage of some tools and the little money that has been left as a dowry. It will not be easy, since the ancient way of life of the peasants is seriously endangered by the Joja Corporation. Thankfully, you’ll be able to cooperate with three other players online to build a thriving farm, share resources, and build relationships with over 30 non-player characters. Check out our Stardew Valley review. Closes the rich day Warhammer 40,000: Battlesector (Cloud, Xbox and PC), a turn-based strategy game with fast-paced combat set in the teeming galaxy of Games Workshop. In the bleak universe of the 41st millennium, you are called to forge your army, deploy powerful heroes and fight for victory by devising superior strategies, using over 60 unique abilities and choosing from over 50 powerful weaponry. Controllable armies include iconic units such as the Sanguinary Priest, Librarian Dreadnought and Hive Tyrant. Each faction is equipped with a unique Momentum system (which can generate an overloaded unit) and specific air support skills (available through Command Points). Alongside the campaign we think of both asynchronous and live multiplayer modes. Read the Warhammer 40,000 Battlesector review.

From 7 to 9 December: organ dealing, his majesty the Master Chief and the Straw Hat pirates

On December 7, it debuts in Xbox Game Pass immediately on day one Space Warlord Organ Trading Simulator (Cloud, Xbox and PC), a wacky sci-fi management game that invites you to buy, sell and trade organs in a universe populated by alien species. The dark and funny storytelling is curated by the lead writer of Hypnospace Outlaw and An Airport for Aliens Currently Run by Dogs. However, the most awaited day of the month is December 8th, and you all know the reason why. After a postponement that forced us to wait a year longer than expected, Halo Infinite (Cloud, Xbox and PC) will finally allow us to continue the twenty-year epic of the Master Chief, in a campaign that promises to exceed in vastness and complexity all those that preceded it. The greatest hero of humanity, after having lost all hope, will be called to face the most ruthless enemy ever on a new ring that can be explored far and wide, the Zeta Halo.

While on the one hand we can expect the tested and addictive gunplay of the series, here polished and updated to the most modern standards, the same cannot be said of the structure of the campaign, which after a few hours from the opening titles broadens its breath by abandoning the linear gait of the past to embrace the joys of the open world, complete with the Chief’s suit enhancement system. We have already talked extensively about the news of the Halo Infinite campaign, waiting for the release of the game on Xbox Game Pass you can try the free-to-play multiplayer of Halo Infinite, which will be forever free for all players. 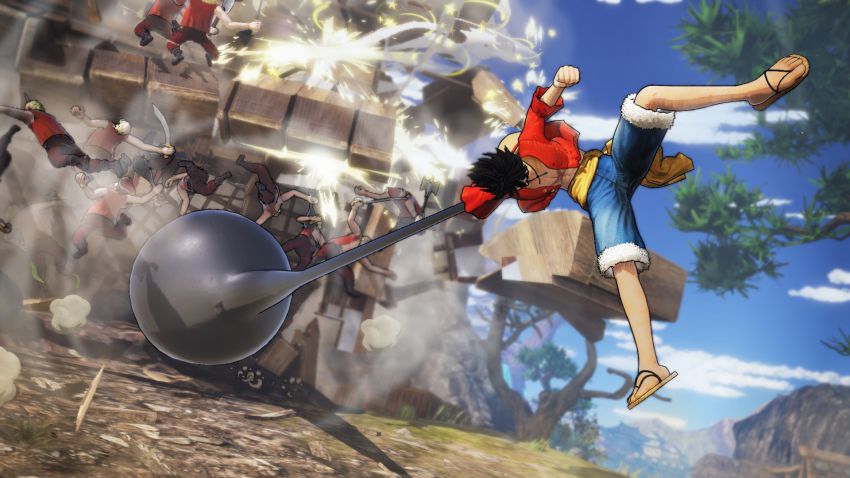 On December 9 it is the turn of the Straw Hat crew in One Piece Pirate Warriors 4, musou who sees the pirates born from the genius of Eiichir? Hear dozens and dozens of enemies on screen in highly spectacular battles. The game offers over 40 playable characters, a campaign that traces the sagas of Alabasta, Enies Lobby, Marineford, Dressrosa, Whole Cake Island and Wano (the latter with an unreleased storyline) and a hundred side missions. For the first time in the series, online co-op is also included, allowing four players to play four different modes together.

On December 14 we return to Xenomorph hunting with Aliens Fireteam Elite (Xbox, Cloud, and PC), a cooperative third-person shooter that puts you in the shoes of the colonial Marines in a variety of objective-based activities. The story is set aboard the USS Endeavor, 23 years after the events of the film Alien 3, where a squad of novice soldiers is called to respond to a request for help. The game developed by Cold Iron Studios is designed for co-op (not surprisingly there are five playable classes, including the Demoman and the Doctor), but also features a solo mode in which the two friends are replaced by soldiers controlled by the artificial intelligence. More details can be found in our review of the Aliens Fireteam Elite. On the same day, one of the phenomena of recent years also debuts on Xbox One and Xbox Series X | S. Conceived and developed by just three people, Among Us is a multiplayer game that stands out for a formula that is as simple as it is intriguing. Within a group of players engaged in preparations for the departure of a spaceship, there is an impostor whose aim is to sabotage the entire operation. The task of the former is to complete all the tasks and identify the imposter, while the latter must kill all the other players one by one, paying attention not to be discovered. Among Us is a blast if played with friends, luckily it includes support for both LAN gaming and online cross-play with all gaming platforms. In case you missed them

Without too much fanfare, in recent days Microsoft has also added a series of initially unannounced games to the catalog. We are talking about: Before We Leave (Cloud, Xbox and PC), a city builder set in a corner of the universe where you are entrusted with the task of taking care of the inhabitants and the surrounding environment; Generation Zero (Cloud, Xbox and PC), a hybrid of action and stealth in first person with the predisposition to play in co-op for 4 participants, which catapults you into a 1989 Swedish town overrun by robots; Mind Scannerr (Cloud, Xbox and PC), a retro-futuristic psychiatry simulator in which you have to visit the weird characters of a dystopian metropolis; theHunter: Call of the Wild (PC), a hunting game set in an open world rich in animal species and with attention to every detail.

Games coming out of the catalog

Dragon’s Dogma: 10th Anniversary Website Launched – What About a Sequel?

Halo Infinite: The objectives list reveals the number of missions in the Campaign

Valve on Citadel Rumors - "Important Announcements Will Come Directly From Us"