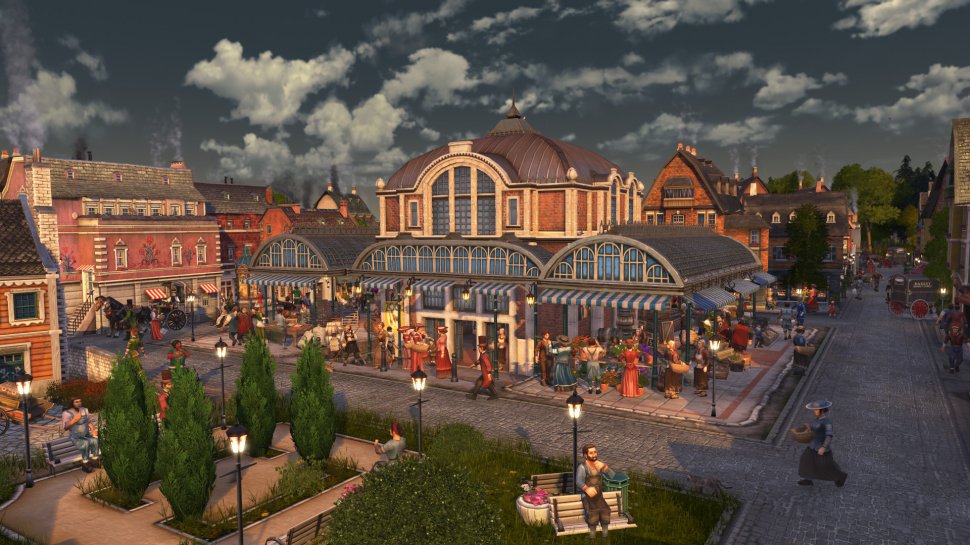 The colorful paint DLC for Anno 1800 is about to be released: The release is planned for December 14th. With the expansion, the second Cosmetic DLC appears from a survey carried out among players in the spring. In addition to the colorful paint DLC (formerly Lively Cities), the winner was also the pedestrian zone package that the developers have already published. “With this new Cosmetic DLC we are adding a couple of outstanding skins to Anno 1800 that make your cities appear livelier and more colorful than ever before: three new skins for every building of every inhabitant level,” said Ubisoft Mainz in a current entry on Anno Website with.

The colorful paint add-on includes 69 skins, each of which is assigned to four different themes. For example, you can expect a “colorful theme” (residents level 1-5), with which you can beautify your city with pastel colors. The brick theme is also available for levels 1-5. This brings a more classic look to your Anno 1800 city and is reminiscent of buildings in American cities.

For residents level 1-3, the “inverted theme” awaits, which can be seen as the “counterpart to the unique and new looks”, such as the colorful theme. It uses the same materials and colors, but in reverse. For example, the color of the roof is swapped for the color of the walls. That brings more variety to your village.

Screenshots from the Colorful Paint DLC for Anno 1800 (1) [Quelle: Ubisoft]

More variety for the marketplace

For levels 4 and 5 there is the casino theme in the DLC, which is the residential buildings from Anno 1800 (buy now € 23.99 / € 53.99) with bright and colorful neon lights. There are also three alternative models for the marketplace that are better suited to levels 1, 4 and 5. “The original marketplace we have in the game is a great thing, but it didn’t work as well visually in the late game, especially with the content of the High Life DLC like the skyscrapers. Wanted with the new alternative marketplace models we create new markets that fit every level, from farmers’ markets to urban market halls, “write the developers. The package costs 4.99 euros (not included in the Season Pass). Game Update 13 will also be released on December 14th, and will feature a new game mode for Anno 1800.

Recommended editorial contentAt this point you will find external content from [PLATTFORM]. To protect your personal data, external integrations are only displayed if you confirm this by clicking on “Load all external content”:

Update 15.1 for Tom Clancy’s The Division 2 will be available on May 31