Thunderful Publishing and Developers from Dejima Studio announced about the forced postponement of the console versions of its action-packed roguelike Firegirl: Hack ‘n Splash Rescue to a later date. 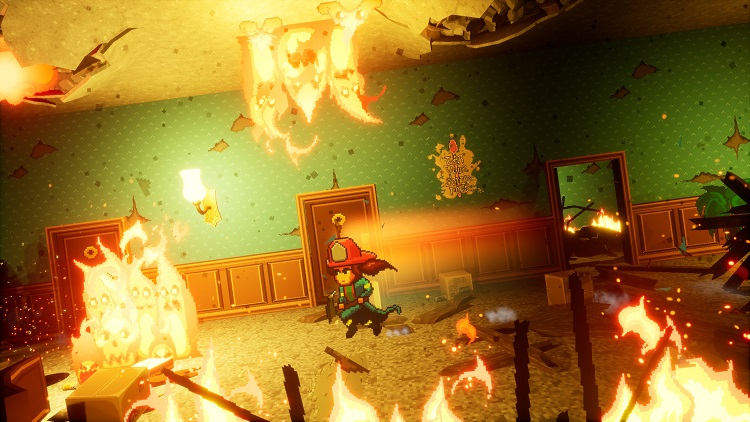 Recall, Firegirl: Hack ‘n Splash Rescue was presented last June and until recently was expected to be released December 14 this year simultaneously on PC and set-top boxes.

As it became known, versions of Firegirl: Hack ‘n Splash Rescue for PS4, PS5, Xbox One, Xbox Series X and S, as well as Nintendo Switch will be delayed until 2022. On PC (Steam, GOG), the game will appear on schedule.

“We’re certainly frustrated at having to postpone Firegirl: Hack ‘n Splash Rescue for consoles, but it’s important for us to give console players a quality product. And to achieve this goal, the postponement to 2022 was necessary “– said the founder of Dejima Julien Ribassin (Julien Ribassin) in press release.

Firegirl: Hack ‘n Splash Rescue will offer in the role of a firefighter to rescue people in trouble (levels are generated randomly) and transform your station. On the occasion of the announcement, the developers held an 8-minute demo of the game (see video above).