In “Black Widow” they spotted an object from the future: Twilight Sparkle failed

Perhaps the filmmakers simply did not find a suitable doll.

Perhaps the filmmakers simply did not find a suitable doll.

In the film “Black Widow” there is a flashback about Natasha Romanoff’s childhood: in Cuba, she is trying to protect little Elena. At this moment, fans noticed, there is a mistake in the film – an object from the distant future appears in the frame.

Little Elena is clutching a toy: Twilight Sparkle from Hasbro’s My Little Pony line. This line of toys was launched back in the eighties, but Elena has a different, modern version of the Twilight Sparkle.

The toy, says the redditor chesterforbes, was noticed by his daughter, a big fan of My Little Pony and the owner of an extensive collection of pony figures. 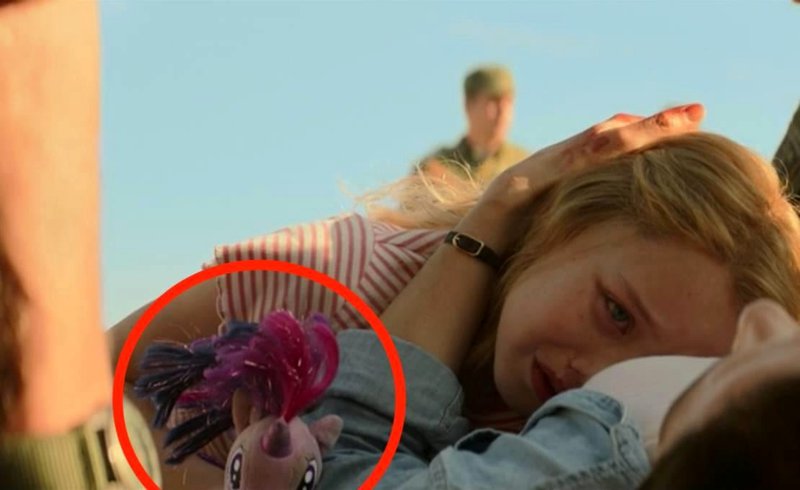 During the events of the flashback, fans-viewers explain, the toy looked different: it was made of plastic, and the mane – also plastic – was not purple, but light with a purple tint.

Apparently, fans believe that Marvel simply could not find an authentic version of the Twilight Sparkle and decided to use a modern toy. Or maybe this is just another offshoot of the multiverse, where such toys appeared earlier.

Keepers learned to ride: Minecraft received the second pre-release of the “Wild Update”

The Last of Us: the HBO TV series to be released in 2023, for director Balagov

ISS again had to evade space debris - now from the American