The Codemasters team has officially announced the release date for GRID Legends, which will be published by Electronic Arts. Game Released February 25, 2022, with Pre-Orders Available for Xbox One and Xbox Series X | S. 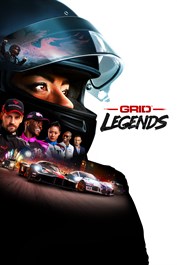 GRID Legends is a thrilling racing game that takes place across the globe. Create dream races, participate in multiplayer events, relive the events unfolding in the storyline and enjoy the spectacle of motorsport competitions.

Some details about GRID Legends have been revealed from a page in the Microsoft Store:

As the developers themselves say about the GRID Legends project, the game will delight you not only with races in multiplayer, but will also get a “deep career and an epic story mode.” Below you can watch the gameplay of GRID Legends.

AlwaysWannaFly: “I still think NAVI will be on Inta. I highly value these players. "

Gift premium tank for the New Year 2022 in World of Tanks. Surprisingly - suitability

The Next Battlefield Game Is Planned As A Hero Shooter