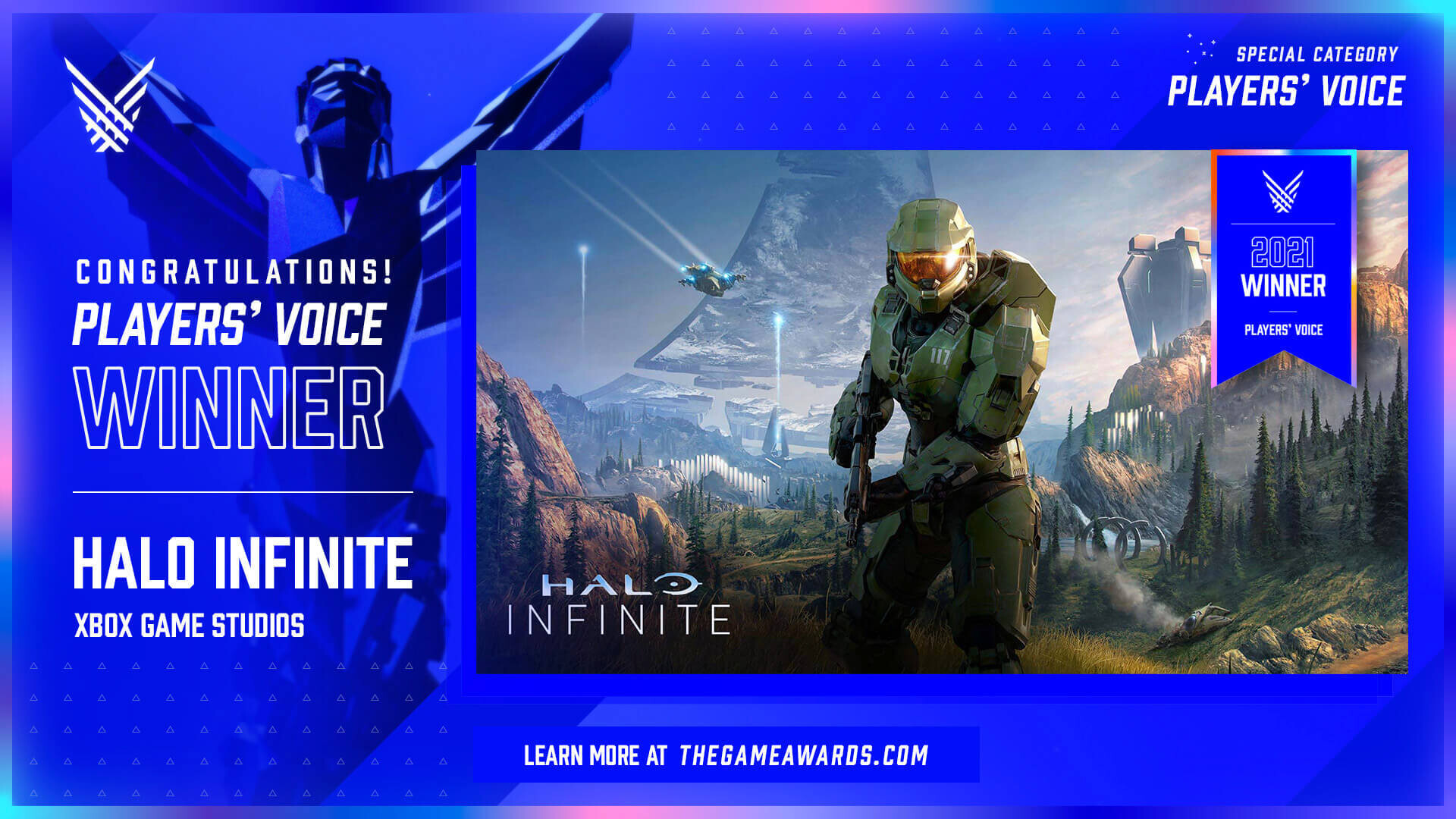 The last, third, stage of voting by players for the best game of the year at The Game Awards 2021 has come to an end.Halo Infinite took the first place by a wide margin.

The results of voting for the best game of 2021 among users at The Game Awards 2021:

Note that the full release of the Halo Infinite game took place only yesterday. Prior to that, the game was only available in multiplayer, as part of the beta version.

As a reminder, The Game Awards 2021 will start on December 10 at 04:00 Moscow time. As part of this event, the best games of the year according to critics in various nominations will be selected. In addition, a large number of announcements are expected within the framework of the show. In particular, Microsoft has already announced that 4 games from The Game Awards will be part of the Game Pass subscription immediately after release.