Photo of the Day: Double Strike to the Red Planet

The state corporation “Roskosmos” has published another magnificent panorama of Mars, on which a structure is clearly visible, in outline resembling a giant footprint from a boot. 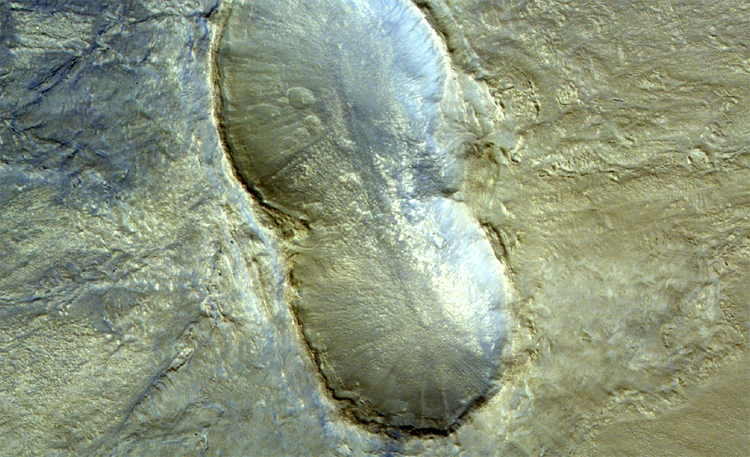 The image shows a double impact crater. It is located on the flat plain of Arcadia in the northern hemisphere of the Red Planet. These craters are formed by the close simultaneous fall of two meteorites. Perhaps it was one body that split into two parts upon entering the Martian atmosphere.

It is curious that during the fall of two objects during the interaction of shock waves, a bulk shaft in the shape of a butterfly was formed. The image clearly shows stripes in the ejected rock, which spread around the double crater and indicate that this object is well preserved.

The photo was transmitted to Earth from the Trace Gas Orbiter (TGO) automatic orbital station of the Russian-European mission ExoMars-2016. This device entered orbit around Mars about five years ago and began its full scientific work in 2018. To obtain the presented panorama (see full version below), the CaSSIS camera was used on board the TGO.