Bloomberg: Apple will unveil new iPhone SE with 5G at spring presentation – it will take place in March – April 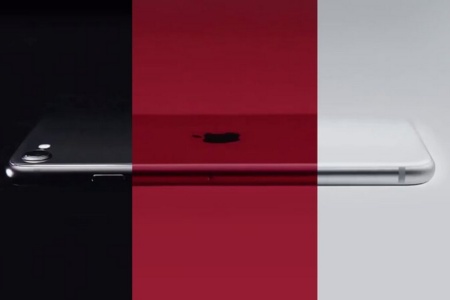 Bloomberg columnist Mark Gurman in the latest Power On digest uncovered preliminary details of Apple’s upcoming spring presentation – he is confident that the program, among other announcements, will include the new iPhone SE with 5G support.

TF International Securities analyst Ming-Chi Kuo claimed six months ago that Apple plans to update the 4.7-inch iPhone SE 2020 in the first half of 2022 – then it was reported that the new model will retain the previous design and dimensions, but will receive support for 5G and improved performance. Now Mark Gurman confirms in a fresh report that the new iPhone SE will receive a more powerful processor (probably the current A15 Bionic instead of the A13 Bionic) and 5G support. He clarified that the first Apple presentation in 2022 will be held exclusively online – in March or April.

Apple held its April 20 Spring Loaded event in 2021 – it announced the iPhone 12 and iPhone 12 mini in purple, AirTags, Apple TV 4K, and a redesigned 24-inch M1 iMac and iPad. Pro with M1 processor and Mini-LED display. In 2020, Apple did not hold a separate spring presentation, but in a series of announcements it introduced the updated MacBook Air and iPad Pro (March 18), and the second generation iPhone SE (April 15).

In addition to the iPhone SE, this year’s spring presentation from Apple may include a new 27-inch iMac and high-performance versions of the Mac mini with M1 Pro and M1 Max chips.

The gourmet is also confident that the next Apple Developers Conference WWDC will also be held exclusively online – on the eve of the organizers of E3 confirmedthat this year’s annual June game show will be held entirely online due to the spread of a new strain of coronavirus.

In the absence of new games, Mario Kart 8 Deluxe continues to dominate in the UK

Pokémon: belts to be used as whips instead of medals, among the ideas rejected by Game Freak

Riot Games reveals plans for League of Legends development for 2022